S&P followed up on the decline in the Russel and that is a first sign that we have started wave III down at scale. The only question is whether wave II can waste time in some distribution pattern before wave III down. Given the steep rally in II it is hard to expect such a phase. When you pull the rubber band one way it simply goes the other way. So today I used my Wave Calculator [shared last week], to put together these numbers. Enter the points 0-I-II into the sheet and you will find wave II ended very close to the 78.6% mark near 2814. Now we are looking at III being equal to wave I or extended. Given that II was steep wave III will mostly extend else there will not be enough room for wave IV to form without overlapping with I. So 2248 is the minimum but ideally we are heading to 1896. Time period 3 months or more as wave I was 3 months long. Such a big push back for US stocks would mean going back to the wave 4 lows again. Sounds crazy but I will confirm this once the fall to the first support near 2705 on hourly charts is a clear 5 wave decline. Right now we are in the midst of wave iii down on hourly charts. A few more subdivisions and we will have a proper wave 1 down for the bear market to resume. 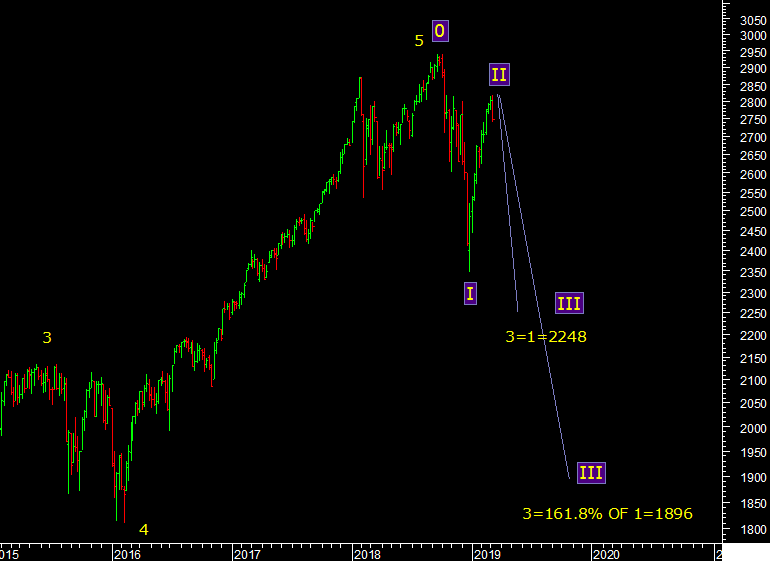