US indices have bounced back in varying degrees making for mixed signals. Wave wise it appears that the preferred case is wave 2 up for all. but retracements are now very different, with the Dow near 78.6% and the S&P near the 61.8% mark, still c<a which is ok. But will the rallies end at varying retracements with failed c's and if wave c extends some more it will become very deep. So having said that if we are in wave 2 it can end anytime now as the wave 4 high in the S&P has been touched and not more is needed. But the Nasdaq still has catching up to do so it maybe be given some time to do so. 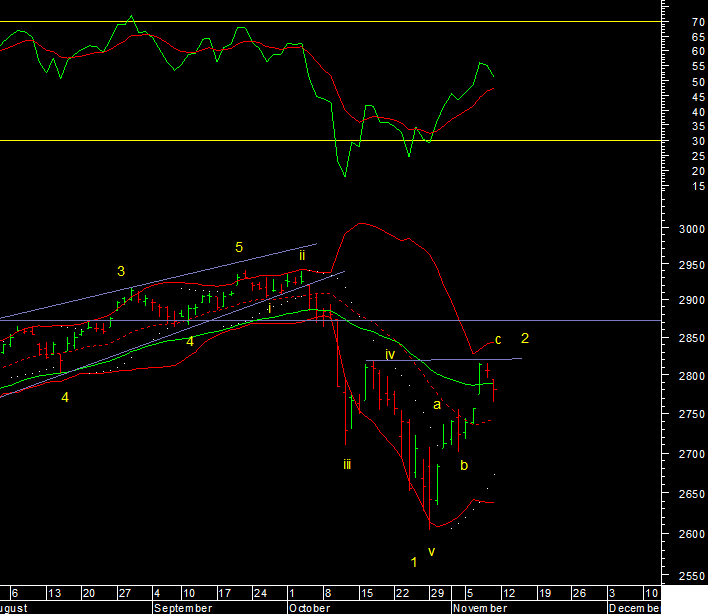 All said to most Elliott wave analysts including me the US markets decline in Feb and in Oct both appear like clear 5 wave declines and that should mean not more new highs. Still apart from the NYSE Composite most US indices eventually ended up at a new high again. So now again Oct shows a very convincing 5 wave decline, meaning no new highs and we are in wave 2, but just in case we are wrong this maybe the next best count to consider. Wave E of an ending pattern is forming and we will go to touch the trendline of the previous two highs that stretches to one more new high. That maybe the final push. A touch or throw-over would have to be seen. This is the alternate scenario that is not on top of the mind but maybe possible. 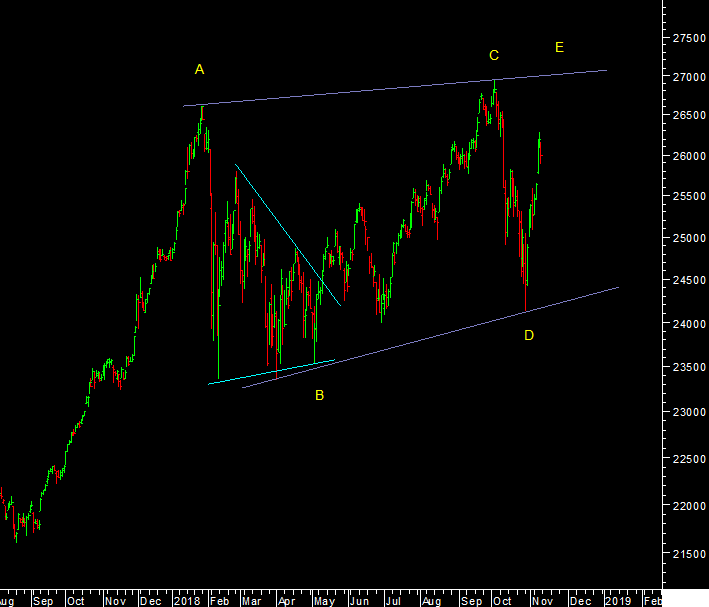