The main source of weakness for US equities has been the Bank index and the Dow Jones bank index shows that last night it bounced back right out of a falling wedge pattern after touching the lower Bollinger band on daily charts. I take that as an initial signal that the one month long decline in US banks is behind us and financials may rally. Now in the meantime Indian banks have not seen a corrections as they often do till Friday. So next few days we should get follow up and complete the correction else follow the US banks higher. 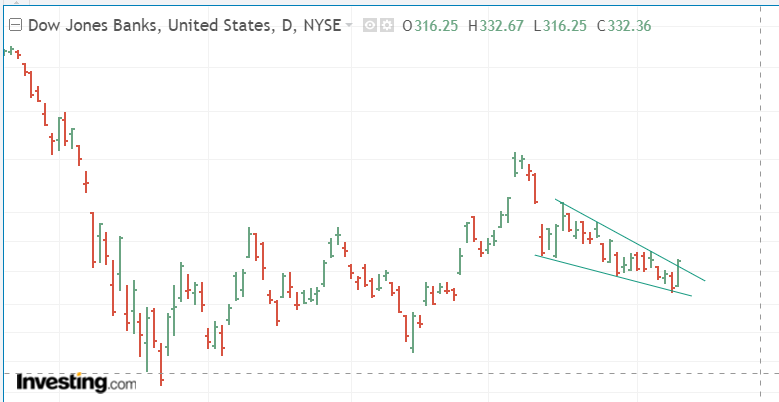 In any case this has been good news for the S&P 500. In my previous post I noted that it took support on the lower band and later broke out of the falling blue trendline. Now after holding above the 20dma it looks like wave 3 of 3 up started to subdivide into waves i-ii-iii now starting. The only thing that could have brought it down was the banks. now it should catch up with the Nasdaq to new highs. 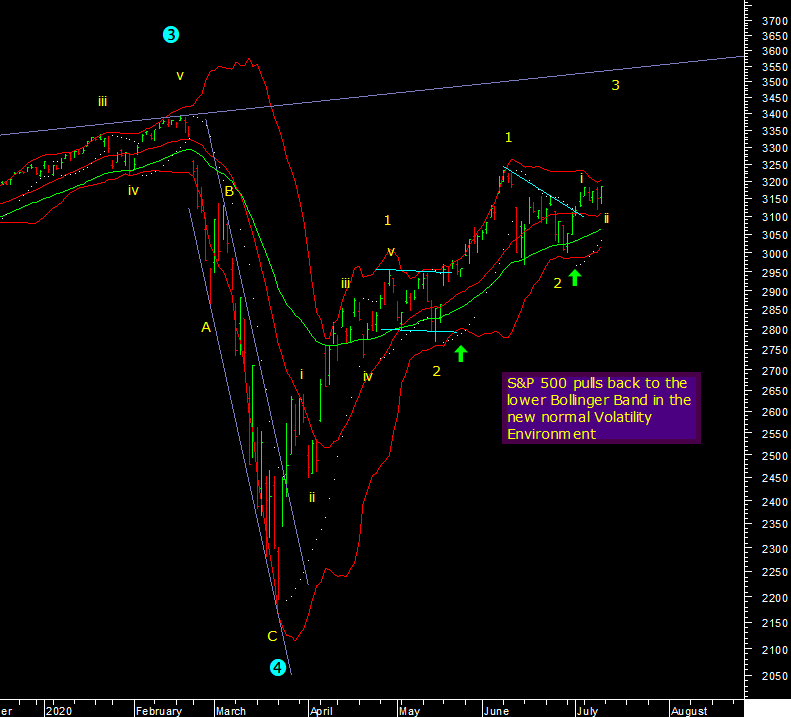