The US markets continued to lead even in an extremely overbought scenario. That said the Dow has discarded the ending scenario but most other US indices have not. So it maybe early to say that this is not the case. In any case we need the markets to come off this overbought reading before going on. The S&P 500 was lagging behind by a large margin, and has just caught up with making a new high for wave E above the high of wave C and closer to the upper line which is at 2286. 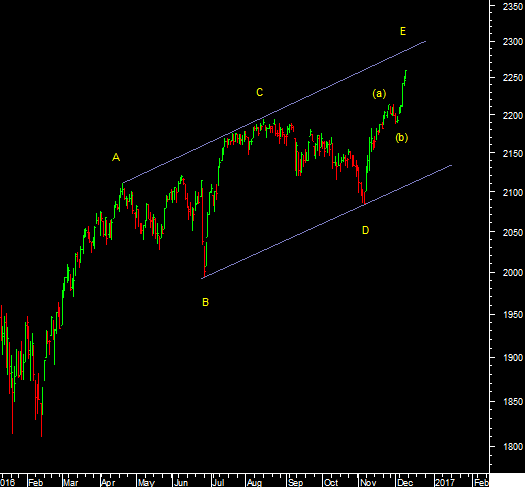 Other broad indices like the NYSE composite are also on a similar path. Remember these were the worst performing indices along with the Transports last year leading the decline during 2015 with inter market divergences. The NYSE Composite has not yet made a new high above the 2015 highs. 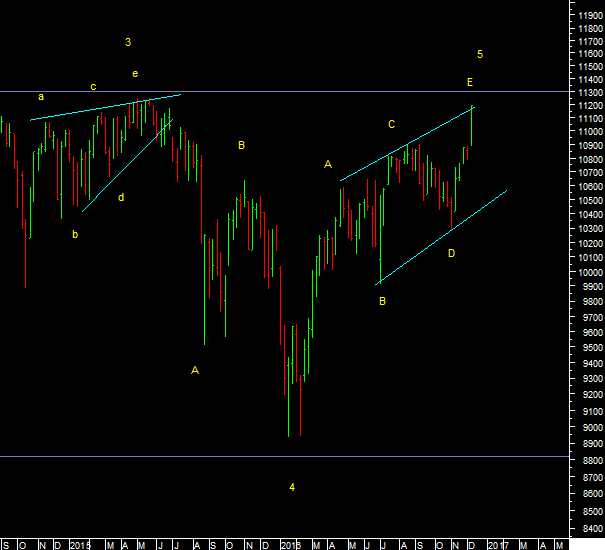