The S&P and Dow indices have reached the point where wave 5=3, I have only seen that in the Sensex in the crash of May 2006. So it is rare. On the chart of the S&P below this level coincides with the wave 4 low or end point of the wave 4 triangle. At 2594 this looks like a good level close to which we should hold for a while. The wave 4 level is always a pivot of importance. 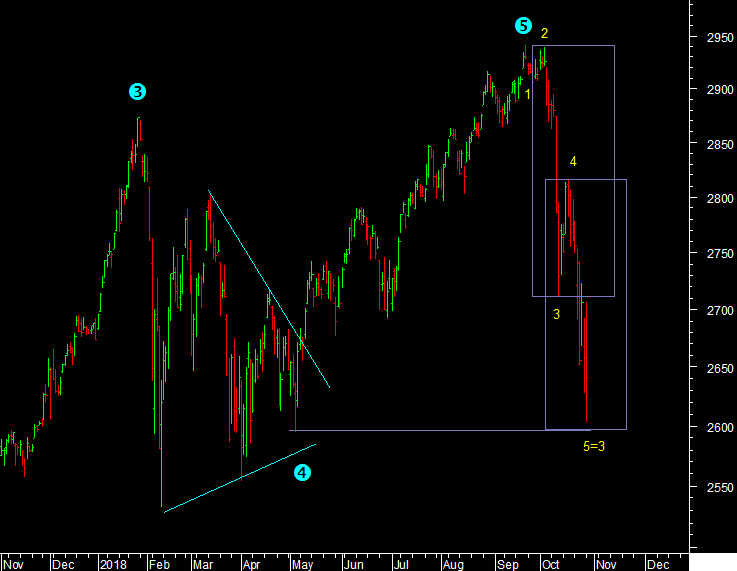 The Dow on similar grounds 5=3 reached but just above the previous swing. 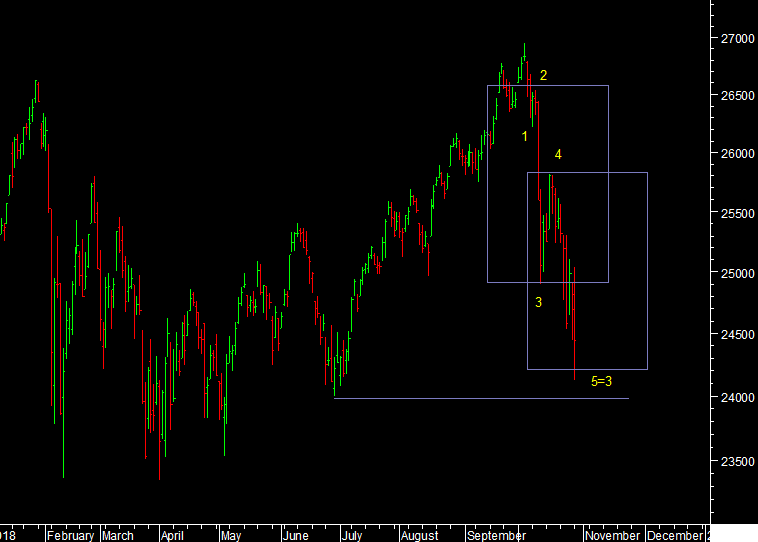