DSI for S&P and Nasdaq dropped to. 9% and 8% respectively. Extremely low oversold readings. The chart also shows a series of impulsive declines [5 waves down]. So the trend is down. But completion of an Impulse calls for a bounce along with the extreme sentiment. The question is only how much. A weak bounce would test the wave 4 high seen earlier and a strong one could go to the red trendline falling from the two lower tops formed so far. Once complete it would relieve the market from the current state and create room for the next move. 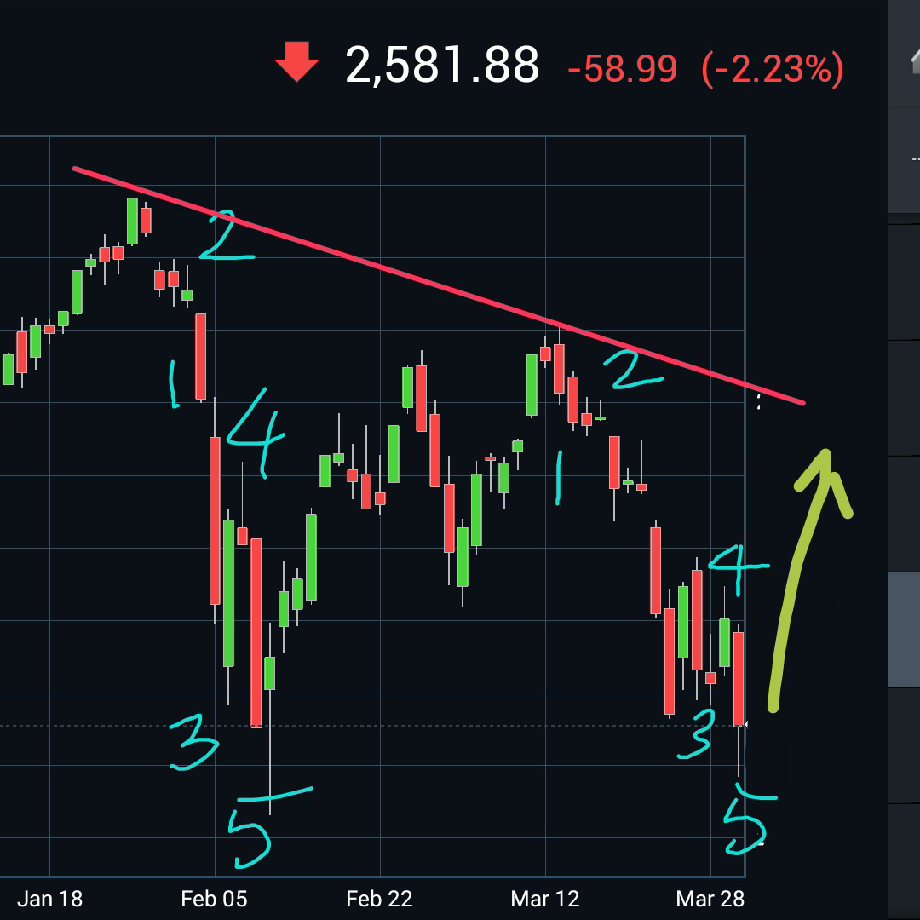