The S&P kicked off wave v down as discussed yesterday. Now wave iii being extended it is very rare [less than 1%] chance that in equities we get an extended vth. Wave v can drop to the next major swing low near 2557 intra day but then complete wave A and start wave B up back to 2727. [Jan 2008 India is the only example I have where wave v was even more extended after wave iii was extended, during a decline, no other example]. Also remember that a 5 wave decline on daily charts that broke the rising trendline from the 2016 low means that the larger trend is now down with a very high probability and bounces are going to be temporary and are part of the deal.

All this may sound technical but basically S&P can dip to 2557 and start wave B up back to 2727 or higher near term. 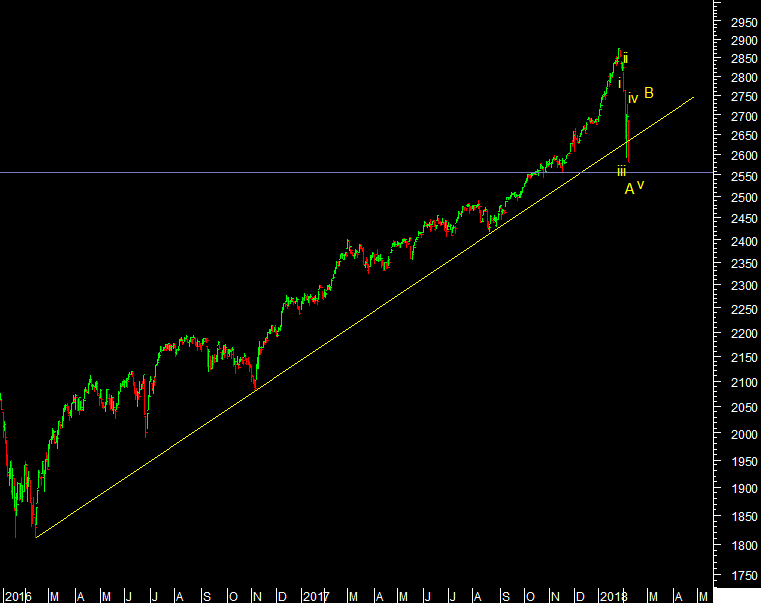