In the big picture S&P 500 has moved up in a rising channel from end to end in each wave of a 5 wave advance. Wave 5 has moved beyond the upper end of the channel in a rising channel itself. The 4th wave broke the rising channel but found support on the long term channel to start wave 5 of 5. 5=1 was achieved at the recent high and wave 5 of 5 appears like an ending diagonal [blue lines] so far and an almost double top. The set up is ideal for a long term top and reversal in the S&P 500 index, to start a long term bear market or correction to the entire 5 wave advance. 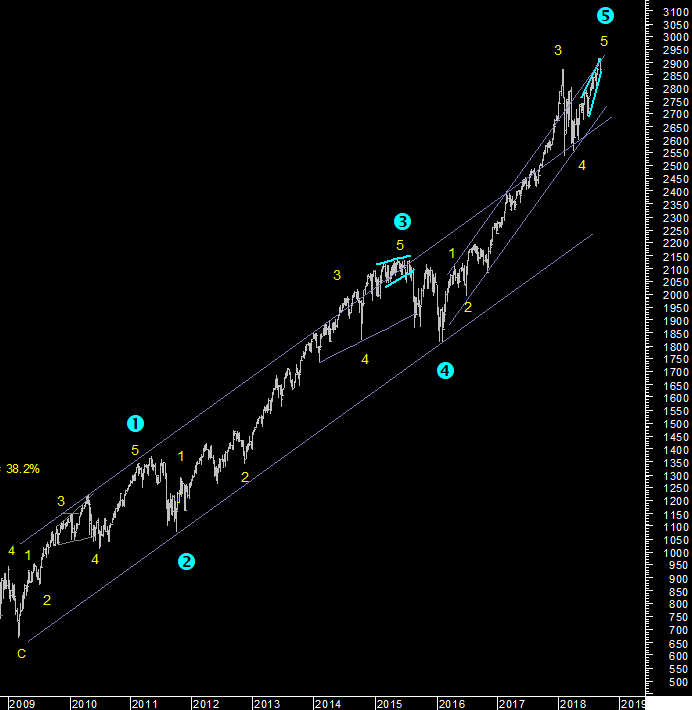