Just day before I discussed alternate wave counts on the Dow and S&P, just in case this yellow trendline held as it had a few times before. All in a days work I say here. Not only is the line broken but the extent of fall has overlapped all the previous highs in the S&P thus making it imperative that I mark this move as complete. in wave 5 from the 2016 low. Having done that this chart from 2016 shows that the blue trendline was broken long back and has been acting as the resistance line for wave 5 for months. 5=1 was also almost achieved [boxes] 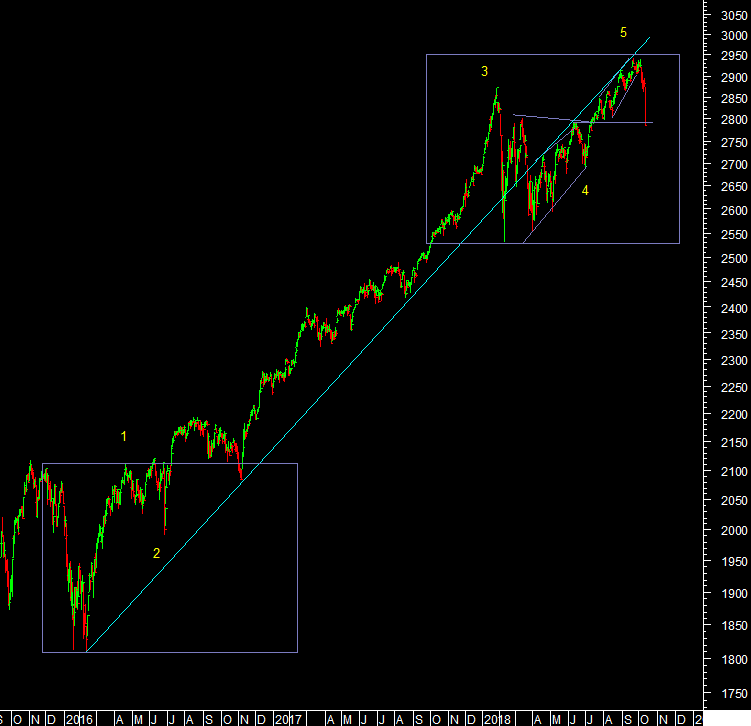