S&P [1587] is near the trendline connecting the high of 2000 and 2007, extended to 2013. This is near 1600. Some where close to that should be a strong resistance level. Even Though throw-overs are common in triangles such big multi-year lines are often respected. 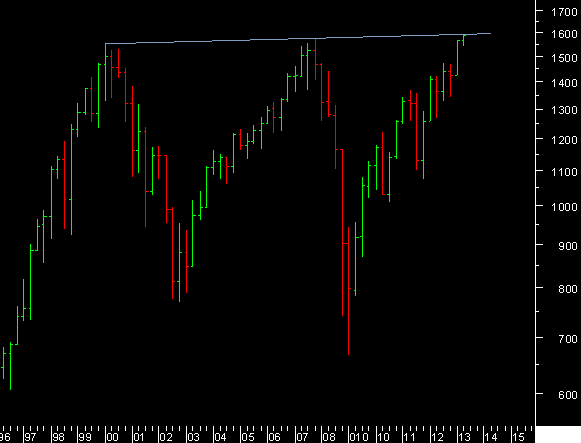 On the daily chart the S&P needs fresh interpretation. The 5th wave did not end with the wedge that I discussed. And now that the rally is impulse the expanding triangle that I used to forecast 1580 target is no more in play. The wedge though should mean that some kind of impulse ended in April. So its possible that wave 3 ended at the recent high. Based on the earlier wave count wave 5=1 had a target of 1610 near the 6 month channel. The redrawn channel can see extentions till 1630. We are in wave v or 5 at some degree but will have to wait for a trend reversal to be sure that its done with. 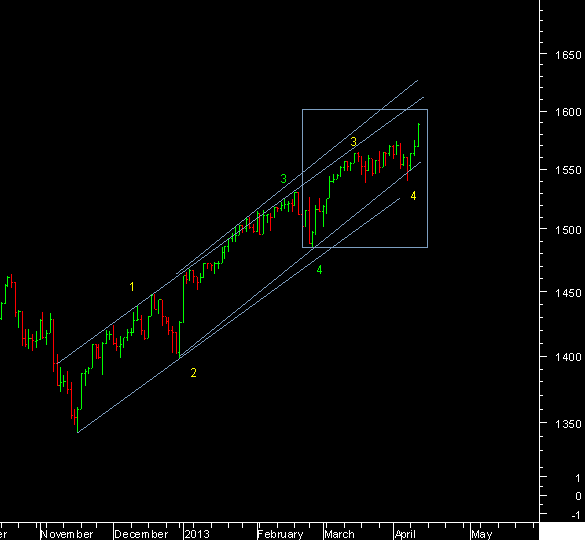