The US Markets have stretched quite a bit but the recent moves show that a near term correction at least will set in. Wave c down on the S&P would take it back to 1775. We will watch whether that leads to a larger sell off or impulse down eventually too. A break of 1775 in the move down would be a warning sign for a larger decline. 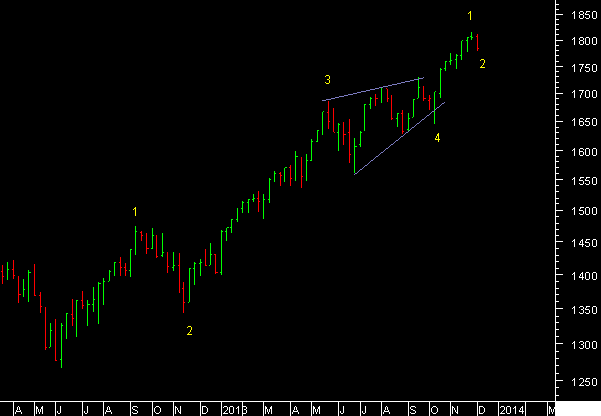 The Dow transports reached an interesting touch point at the rising trendline from 1998 highs to 2007 to now. 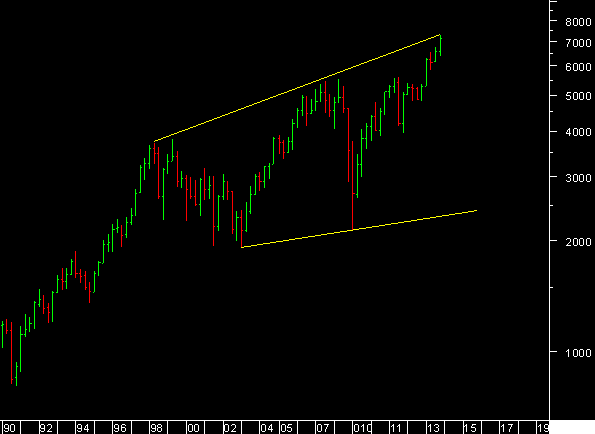 In the near term the Transports formed a wedge like pattern that it is breaking down from, this after breaking out from a running triangle. Triangles often precede the final advance and so the next correction should be an important one. 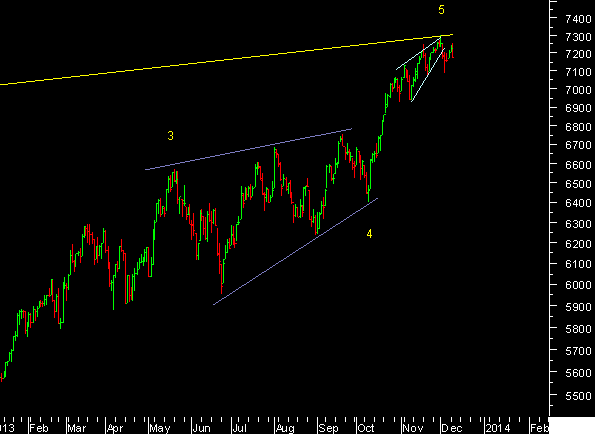