How far can the S&P go

S&P - The first chart shows the no of legs on the weekly chart that allow for a 5 waves count. Now I know I was counting 5 into May as well and the channel break meant that move was over, but in the US market we have not see that work all the time. Its behavior has been quite different often showing one final leg up after a break. Having seen that repeatedly in the last few years moment there were 3 waves down even after the channel break I went on a backfoot to anticipate one more high. The 20 week average did not break on closing basis and we are now close to a new record. 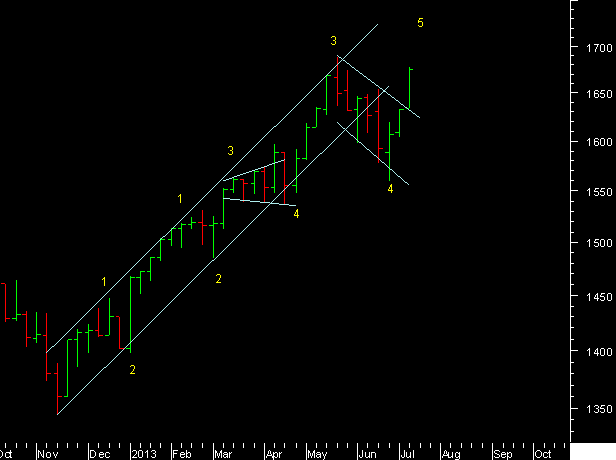 So how far should it go? To answer that I looked at some very long term charts for answers and used a few fibonacci ratios. I said for now lets stick to the presumption that the entire move up from 2009 is corrective ie a-b-c, even as it makes new record highs. It appears that on the chart below wave c is slower than a so if it truncates it would be c=0.618 * a = 1795. 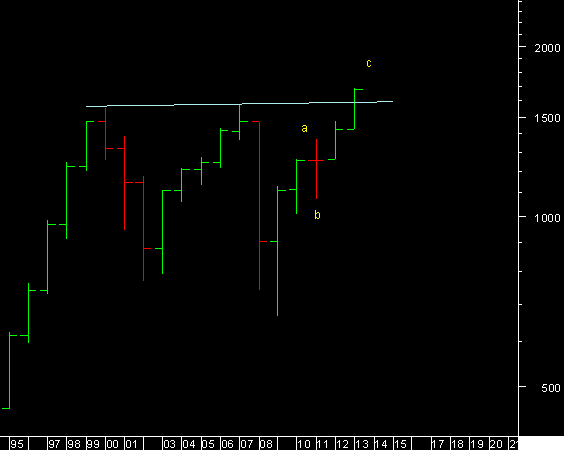 Among all the alternate wave counts for the US i prefer the one that ends wave 5 in 2007, then we are forming an expanded flat as B has gone beyond the starting point of A. The minimum target for such a move is A*1.236=1795 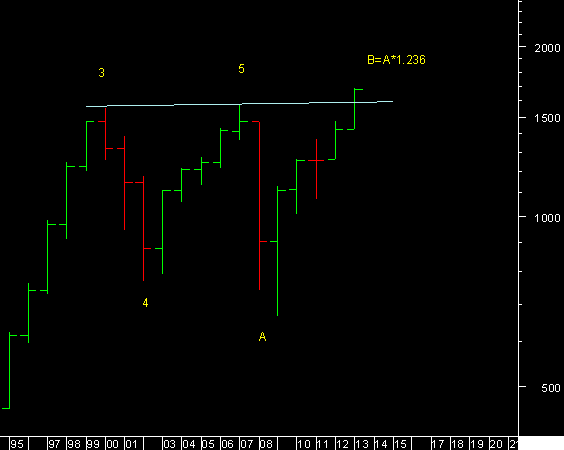 The coincidence of these two numbers makes me feel that around 1795 might be the ideal place to expect a top, as by then the Dow transports should also achieved the earlier theorized expanding triangle target. So the short term wave count below for wave 5 up shows we are in wave iii up and maybe at the end of it, and after a minor halt in wave iv [maybe a triangle] we should see the final leap of faith for the US markets in the weeks ahead. Remember when wave V ends it ends, targets are not sacrosanct. 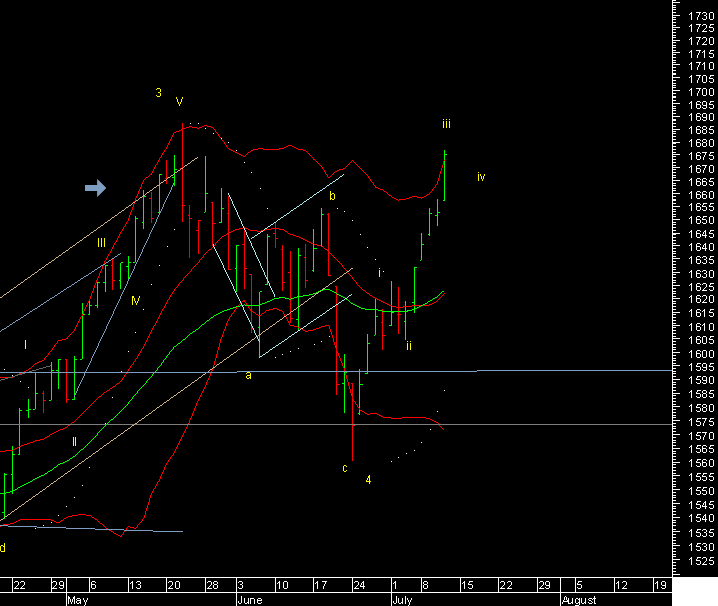