S&P - In the recent run up both the Dow and S&P formed expanding triangles and now are breaking down from them, however the new high in the S&P was not confirmed by the Dow resulting in an inter market divergence. Also since the rise is a triangle and corrective its best marked as wave B. So the S&P therefore is forming an expanded flat correction where wave C=1.618*A = target of 1700 on the S&P in the next 2-3 weeks ahead. Key level to watch? For more than a year each bearish call on S&P and it failed to fall below the 20wma so a weekly close below 1816 is necessary for that patter to break. 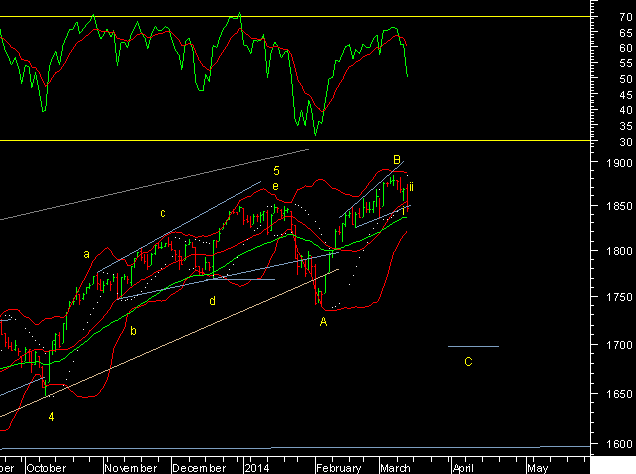