S&P - When it comes to wedges sometimes you have to just redraw the pattern. With the US setting up for a Euphoric positive run into a possible settlement of differences with the opposition, the S&P might make a new high up to 1741 in wave E of a pending leg as shown below. a week back i made a post that S&P was not yet a 5 wave decline. I thought that meant it would continued to extend till it was. But it bounced back so the entire fall appears corrective on the daily chart, so the down trend has not yet started. Thus I am now marking that as wave D. But i still keep the wedge structure. 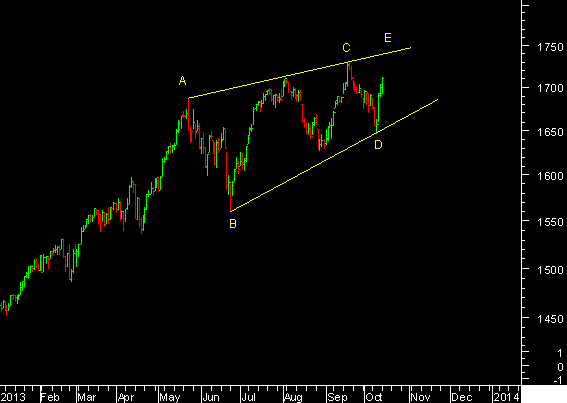 The second chart gives a closer explanation of the count and probably makes more sense now as the July and Sept rallies did appear as 5 wave on daily charts and I did mark them as 5 at that time. But the wedge structure is more appealing and now those impulses are a-b-c, a zig-zag in wave C of the wedge so no more confusion on that. 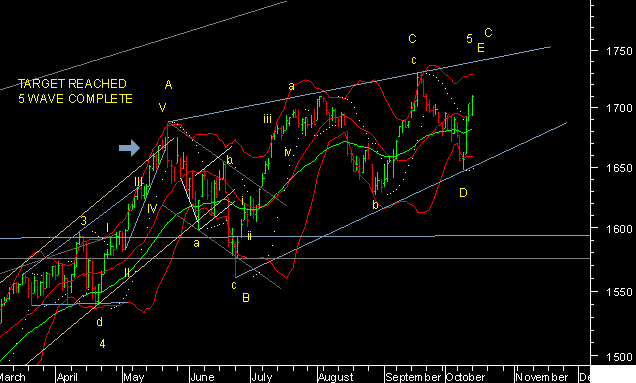