S&P is the only market that requires discussion today. The chart below I showed a few weeks back and said that a break of the channel would confirm a trend reversal. Then I explained the possibility of one more test of 1600. The trendline touching the high of 2000 and 2007 in S&P extended to 1597. This level was strong enough to push prices back down. So today we finally got a break of the rising channel. This is a trend reversal and the 5 wave advance from November should be mostly complete. This means that the US markets major top for the next few years is now in. Read on. 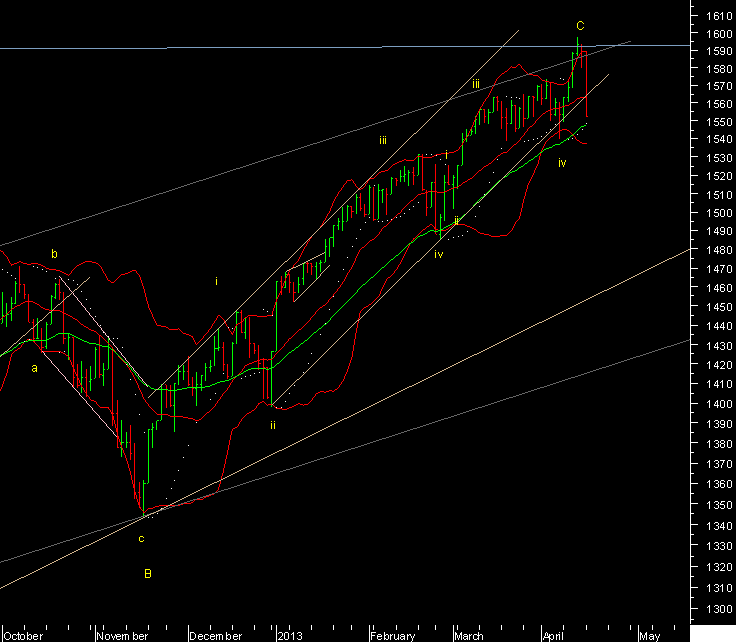 The next chart shows how the vth wave high in S&P was not confirmed by a new low in the VIX. Now VIX is off to a move up that should see it go back above 21 in the coming weeks/months. Once that happens it will be one more confirmation of a longer term reversal in prices. The question becomes where does S&P go from here and how fast. Now time is not a science, I wrote about gold 1350 six months ago and it happens in 2 days. The S&P will in its first leg of the bear go back to 1150 near the neckline touching the lows of 2010-2011. Will this be a cliff hanger? At some point maybe. But we cant say. The other issue people may have is with correlations as many world equity and commodity markets are breaking apart. This is normal during the distribution phase. When all markets are pointing down we should be in the 3 wave of the decline accross assets but till then some lead lag will continue between markets. The only difference this time v/s 2008 is in the order. In 2007 the top process started with US equity then Europe then Asia and emerging and then commodities. This time its backwards, commodities first, asia next europe and now US. Everything else should be the same. 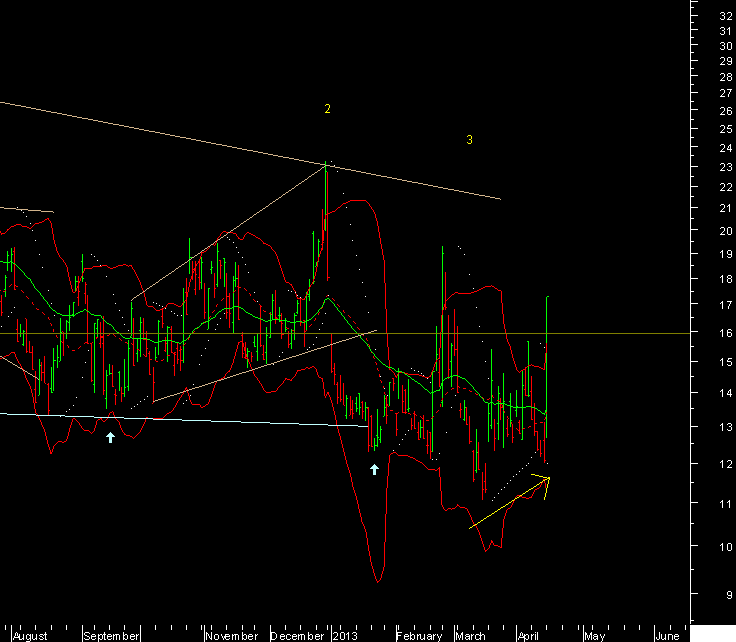