We have been in search for wave V in S&P to end for quite some time. I have raised the targets a couple of times. Now with yesterdays halt we have a 5 wave complete on the daily chart in the 5th wave of the entire 9 month rally at the upper end of the channel. In other words a critical point has been reached from where a major sell off can be expected in the near term back to at least 1535 to start with. Whether the fall has already started or forms an ending diagonal at the top is another question but we are now at a dangerous place from the US stock market perspective until something changes or new evidence shows up. On the weekly charts too most world market are at the upper bollinger band resistance and could get pushed back downwards. 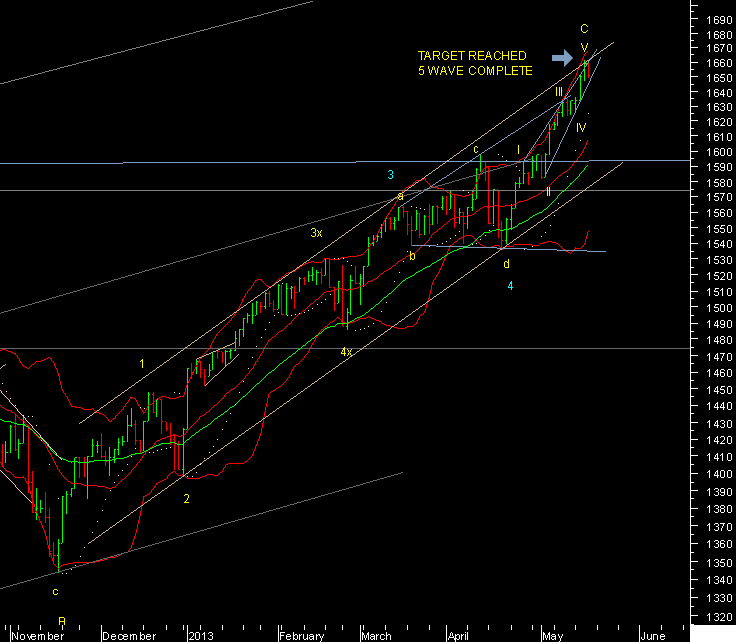