The S&P fell for the last 8 days in what is now a 3 wave dip and the previous rally was 5 waves. This instantly means that the US index is going to head to a new high in wave c of an upmove. Note here that wave a itself was pretty large. The Sept low then either wave D or W. If I mark W then we do not make a new high but in case I mark it as D it can. 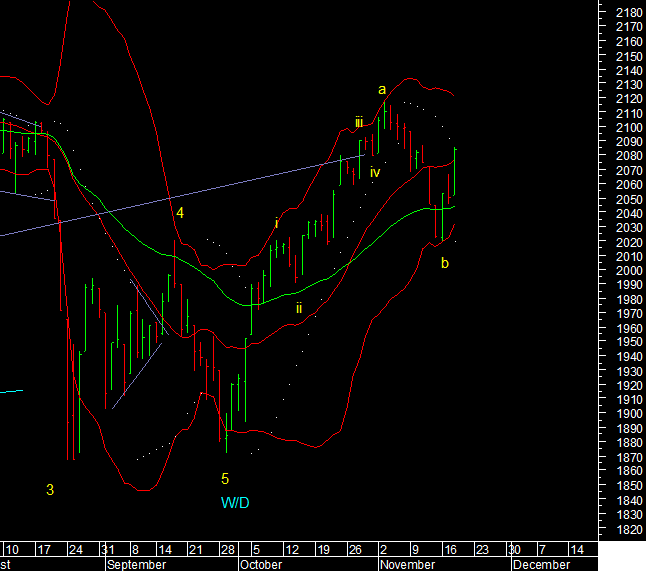 The second longer term chart of the Dow shows that we should be open to a new high. The recent fall into Sept did appear as a 5 waves in many world markets but not all US indices. There is room for some debate. So if I project c=a for the recent move up it goes to a new high to the upper channel line. If the last 2 years pattern is an expanding triangle as shown below this move up would be wave E of an expanding triangle. However wave E can truncate so it does not have to go as far as the upper channel. Minimum it has to go above the wave C high to a new lifetime record. After that c=0.618% of a is also a level we can top early. Since Wave C was time consuming in alternation it is possible that wave E just quickly reverses and so we will have to remain alert. But for not there might be more upside in the 2-4 weeks ahead. Yes it means the market might just celebrate the first rate hike into the year end. 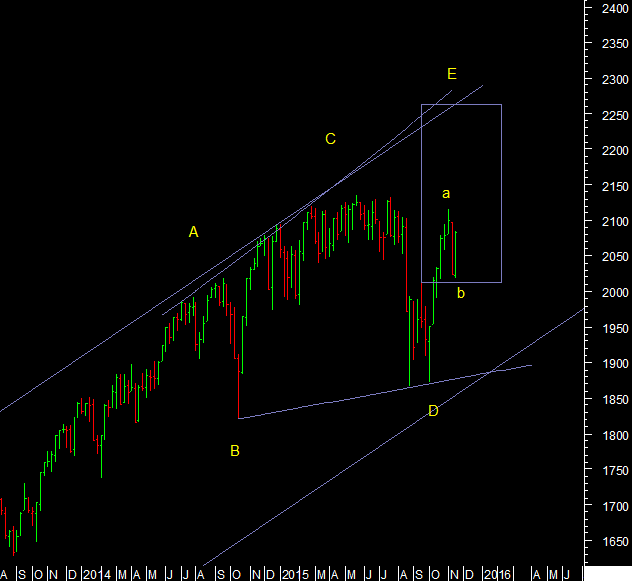