If you were bearish like me and watching the world markets, what ever happened. Did we decline in 5 waves or not? The most watched indices like the Dow and the S&P surely don't show completed 5 waves down properly on daily charts and that can cause you some anxiety, and the bounce is now almost 61.8%; however some other indices do give a different picture that might not be captured there for some unknown reason.

So today's note needs an accross the world look at what is going on.

The NYSE composite shown below has a perfect 5 wave decline from the Sept high. 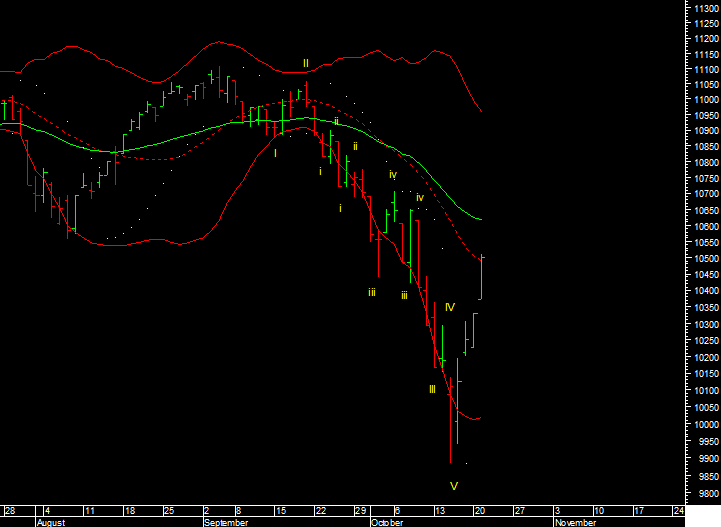 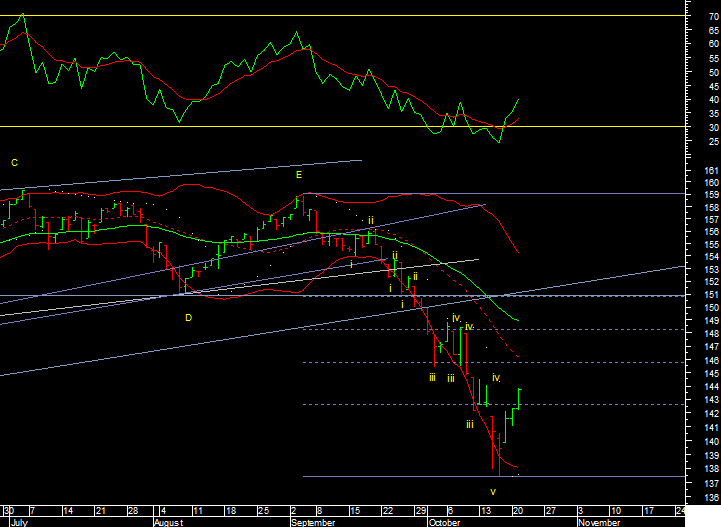 So the expectation of a bounce should have been there but for the Dow not clearly showing it, it looked like prices could extend. That said a 5 wave decline means that the larger trend has turned down and will stay so for some time to come. The rest is near term volatility. How much? The S&P has retraced 61.8% of its losses in 4 trading sessions. That after breaking a 2 year trendline should mean something and so intuition is to mark the S&P as a wave 2 bounce back. And at 61.8% it must then be ripe to start wave 3 down to 1700. 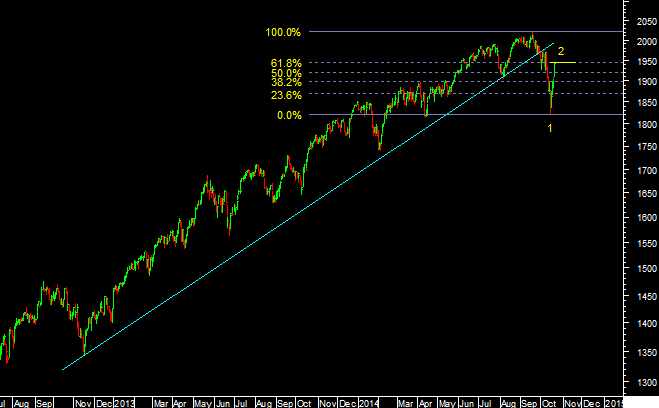 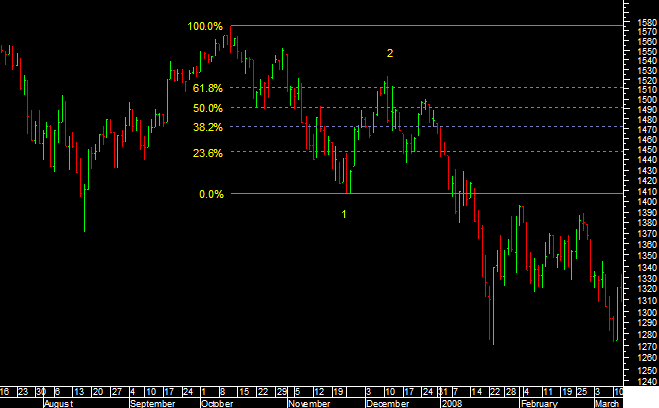 Some markets like the CAC have now completed 2 impulsive declines. You can argue A-B-C here but I would think more like a test of the large H&S neckline and staying below the neckline at 4133 should mean continuation of the down trend in a larger 3rd wave. 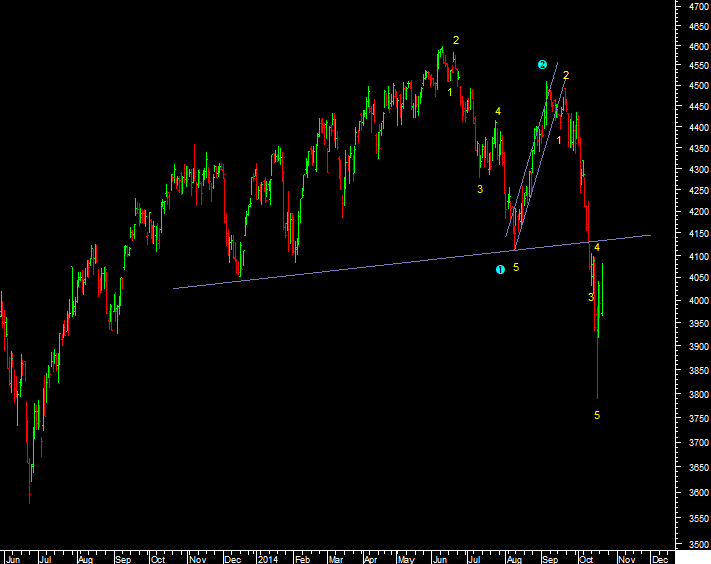 That conviction about the CAC comes from the 7 year chart of the CAC which completed an A-B-C in a channel and is now ripe to sell off in a large impulse down and logically break below the lower end of the channel. 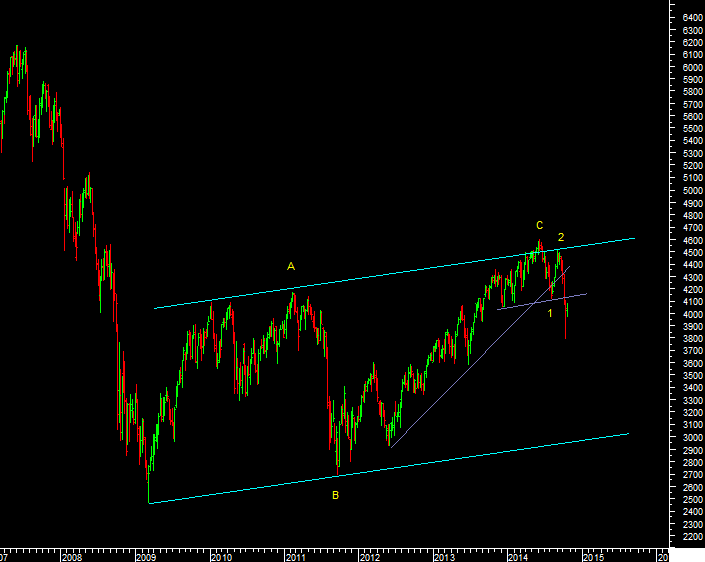 Like India Brazil too took its time in wave B but yesterday night it has already fallen below the wave A low while the world is rebounding. 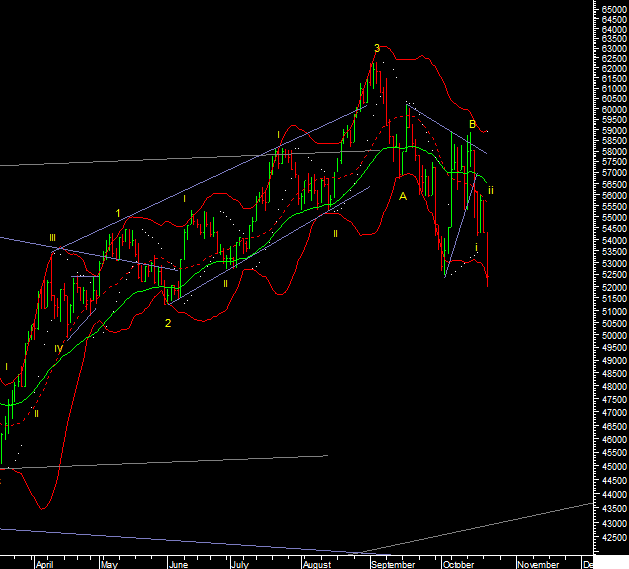 A couple of other markets that completed 5 wave declines are Mexico and Australia. And holding up is Shanghai. So yes leaving alone Russia the BRIC has been holding out against the world till about now that Brazil just gave up and Shanghai just closed below the 20dma for the first time in 2 months but is still not falling like India. What does appear in these charts is that after a counter trend move up there will be more selling in these equity markets around the world. Holding out is going to be far more difficult than most think. And bounces to key retracements in the Nifty could just end up being more selling opportunities till a clear down trend emerges.