The US S&P index is showing a potential repetitive pattern. We will have to see if the development so far is repeated. In 2007 the S&P reacted sharply to the 20 month moving average after 'Bear Sterns' and that pushed the monthly momentum indicator into sell. However the market recovered to a new high afterwards. The long term momentum also had 2 cycles from buy to see with the second one at the top [shown by arrow]. Now in 2014 we again are at the end of the second cycle of the move and momentum went into sell due to the sell off in Oct [caused by Europe/Russia etc], price took support on the 20 month moving average and now is at a new high. If the same pattern is repeating then its time for the final top to be close. We will see if this pattern repeats in totality. 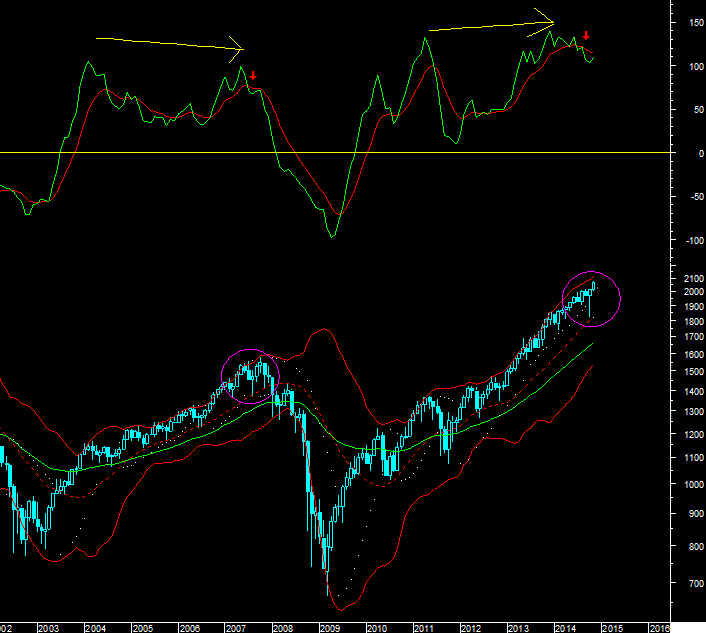