S&P The Bear is Back

The fall yesterday is wave v of the first clear 5 wave decline on the US indices after it has had a nearly 2 year rally of which the last one year counts as a 5 wave up move that has finally ended. The formation of 5 waves down rules out the alternate that a wedge or new high will form. All the US market will get is a retracement of this 5 wave decline somewhere in the weeks ahead after which it should be a bigger crash along with all world equities. This should mark the beggining of the global equity bear market of 2013-2016. This bear market is already being coined as the 'Bond bubble bursting' around the world by Global analysts. 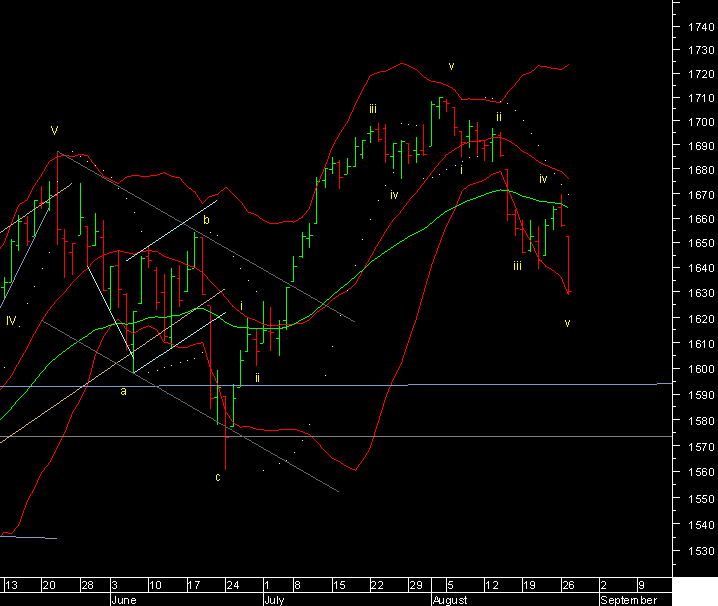