The S&P 500 has continued almost one way to the point where it has pushed the daily RSI to 83. This puts it at some short term risk of a reaction but only after an extreme reading above 85 as has been seen before. That said, very high RSI readings are not historically associated with market crashes. More often than not the high resading is a short term top only and signals the underlying strength of the market. Later prices still make a higher high with a negative divegence in the RSI before a more meaningful top medium term. What is also missing is a similar high reading in the DJIA, 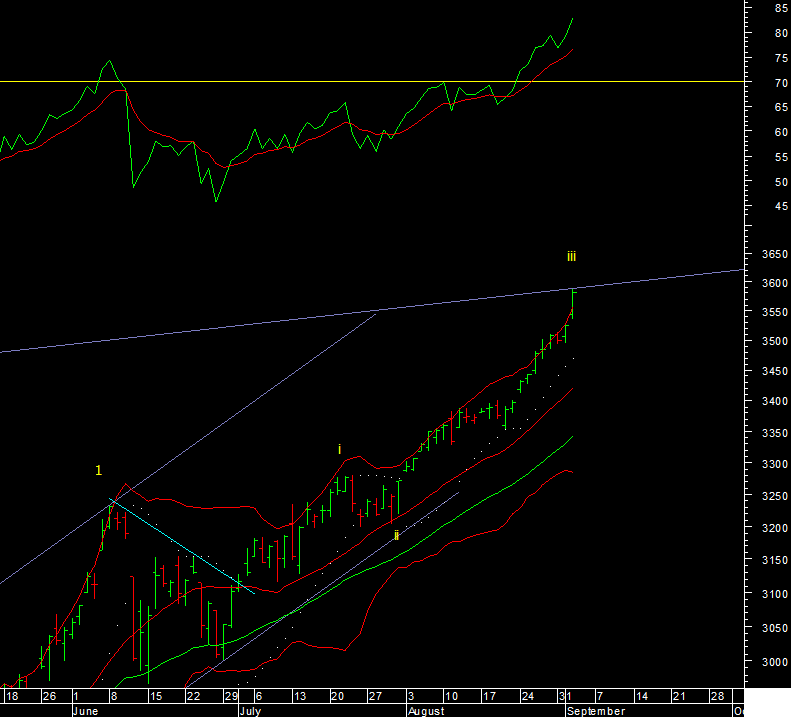