As long as 5<3<1 we can keep arguing in favor of 5 waves up ending for the S&P, but each correction so far ended without follow-up. Last week the Nasdaq[91]and VIX[8] sentiment as measured by the DSI was at extremes and the recent market correction corresponds with it. But does it mark a major trend reversal is where I am not sure, having seen previous extremes get beaten. What it does mean is that we can go down further or consolidate for a while before starting higher again. So the downside risk to US indices may not be over. 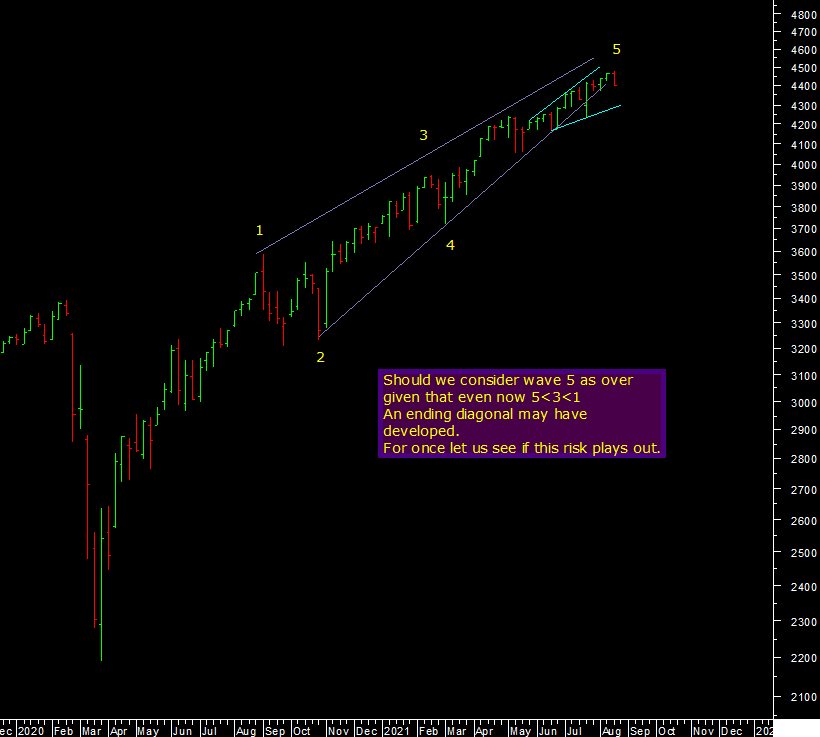