After getting greece i have focussed a lot on spain, as its chart did not extend to targets and I have had counting issues. The short term it continues to hold supports and momentum indicators fail to roll over to a sell . So here is a near term bullish alternate as the Euro kicks off a rally. In 2011 I was making the sideways pattern as a triangle wave B. Let me stick with that. The problem I have had is in marking the subsequent decline as 5 waves. And even if I do as shown below C was shorter than A. However the entire decline ended in wave 4 of lower degree last seen in 2003. So Spain Madrid index fell to the levels last seen in 2003. That can mean a major bottom but wave C is short, The subsequent rally is not an impulse either. What appears now though is that its possible that a triangular wave B is forming. So C2 up maybe forming a zig-zag. And in doing so you have an inverted h&s. So this index may head up to 1000 in wave C of 2 before C3 down can really begin. 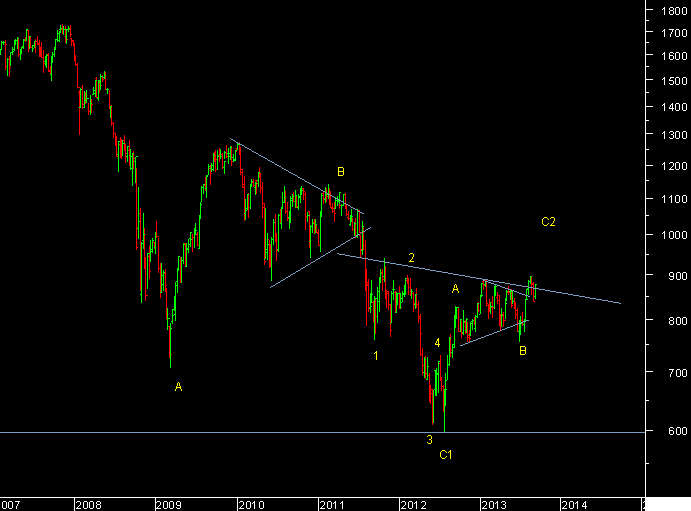