Spain - Wave C down started 2 years ago, Note that wave 1 of A was done in months, but wave 1 and 2 of C took years. The slow decline is saying something about speed. At this pace wave C down would complete in years to come unless something speeds up the process. At this point it looks like 3 of C down is starting and that is a big one. If you look at it closely wave 1 of C is an overlapping structure, it is what we call a leading diagonal, in this case an expanding leading. A 5 wave decline that is overlapping in wave 1 is called Leading. It indicates that a 3rd wave will follow, and speed usually picks up after leading patterns. Spain should be on the cusp of its own crisis then. 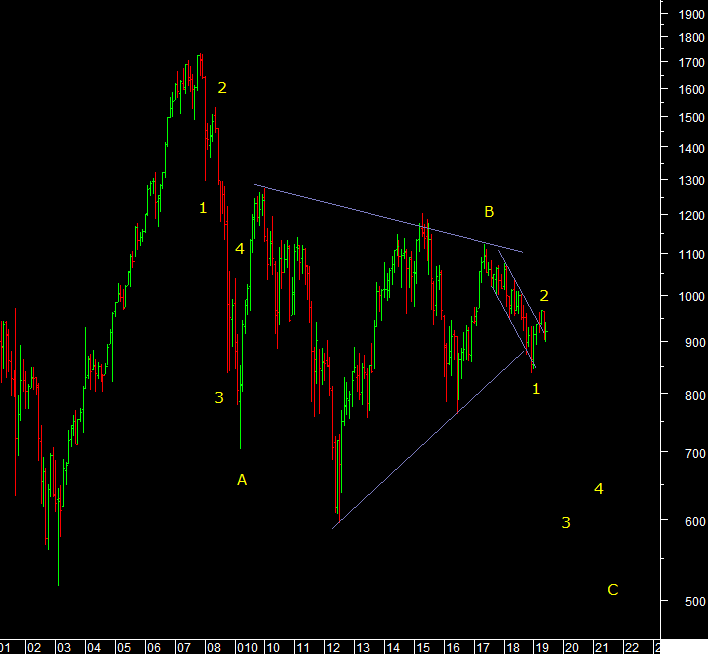