Switzerland - The Swiss index reached the upper end of a channel and started to sell off. The bigger picture shows other trendlines to reckon with as it broke down from a 2 year expanding pattern last year. The move can also be marked as a leading diagonal where wave B would be 38.2% retracement so far and near the wave 4 area which is exactly what we should expect. Need a little more evidence that an impulse wave down started in a larger 3rd wave decline, weekly momentum may confirm by the weekend. 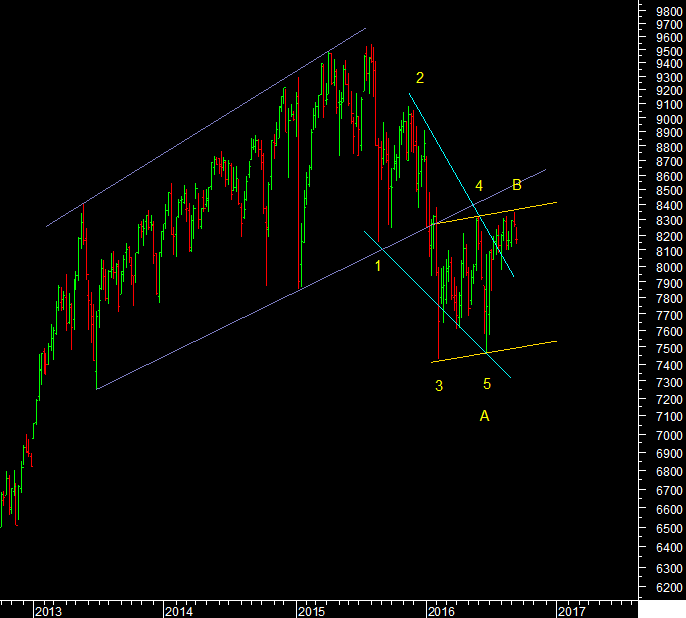