The Taiwan equities market chart has been of interest to Elliott Wave analysts for years and they would have analysed it in all ways. I have covered it on Indiacharts many times in the last decade myself. The reason is the triangular set up since the year 2000. So everytime it starts up from the lower end of the range we take a call that its a wave 4 triangle and a bull market will finally start. And then it gives up from the upper end of the range with each global bear market. So once again its now at the upper end of the range and if I look at it from the bear side...After the big sell off in 1990 that appears like a impulse down. The years of range bound movement can also be a wave B triangle as shown on the chart below, and with the recent top it may have completed the 5th and final wave e of a triangle, that has been 20 years in the making. This sets up Taiwan for Wave C down to significant lows but also the last phase of its prolonged bear phase. The recent highs are an important pivot now. 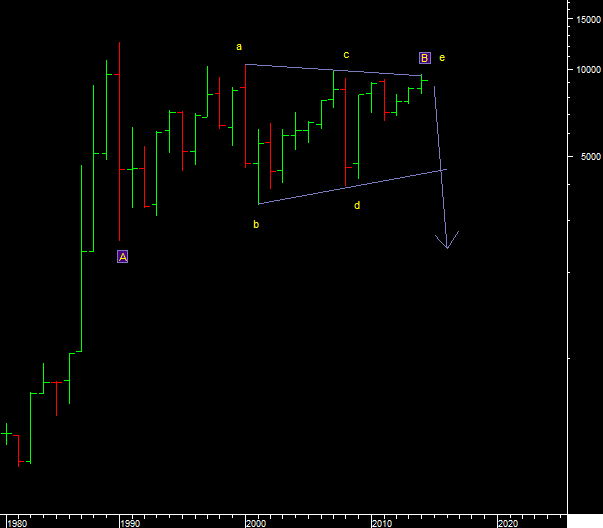