Taiwan formed a triangle over almost 2 decades, however even after that it did not break out of the broader range that it had formed. For a while this led to the presumption that the fifth wave may be truncated an ending. However now as prices are breaking out of that range we can mark a series of impulsive waves breaking out in a long term fifth that could last for many years. A rising chann will help map be developing fractal where the top end goes all the way to 20,000. 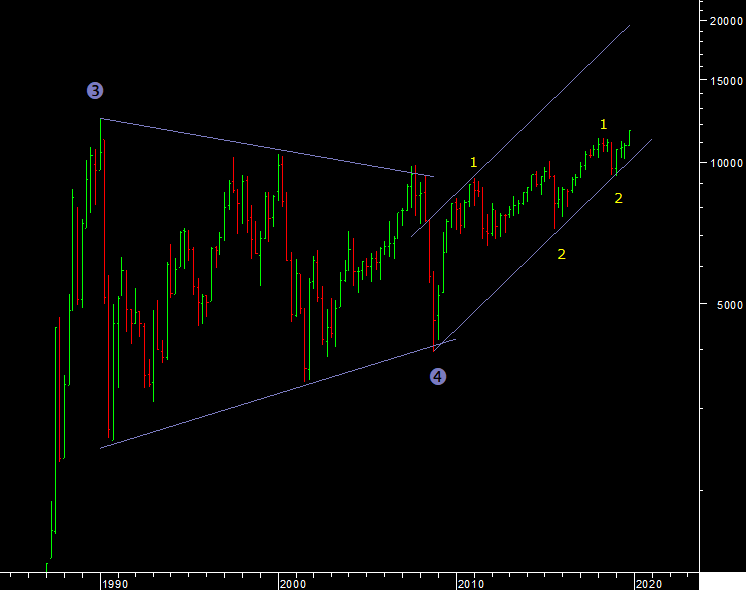