The Big fight in world equities is protecting the lows held since 2010. At the Top looking at a world index [ADR index in this case] on a long term monthly chart from 1998 shows that the top in 2008 formed a H&S pattern whose neckline was a major resistance in 2014. It was also the 66% retracement mark. Now after the fall from there completed 3 waves down it held an important shelf support and has so far rallied in 3 waves up in a channel retracing 50% if wave 3. So it appears appropriately set up for a retest of the shelf support, a break of which would be wave 5 down of this leg and would be a Thumbs down to the greatest Global Monetary Fight, to keep this from happening.

So if the world index is about to collapse you wanted to be invested in everything India that has nothing to do with anything around the world because Indian companies are completely insulated. Right? 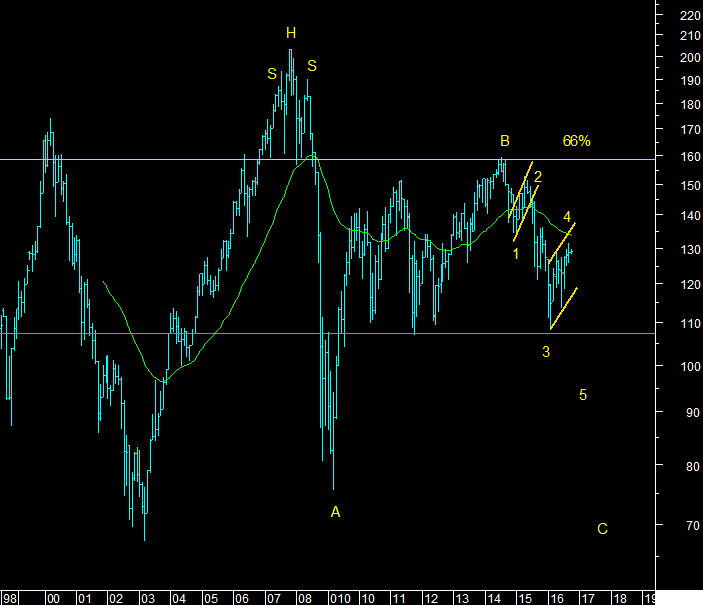