There are several different types of voluntary and mandatory corporate actions depending on factors concerning the existing shareholders, board of directors, and other aspects related to an independent company.

What are corporate actions?

A corporate action is a public action taken and approved by the company’s board of directors or other company authority that significantly impacts the company, its existing shareholders, and investors. For example, there are different actions a company takes to expand its business. These actions directly impact the value of the shares.

The company’s board of directors approves the corporate actions of the company. These mandatory or voluntary corporate actions involve giving rewards to shareholders, merging with other companies, and splitting an existing company via stock split, among many others.

There are different types of corporate actions, the most common of which are dividend, mergers and acquisitions, stock splits, right issues, simple mergers, open offers, buyback of shares, amalgamation, bonus, issue, and demergers.

Here are some major types of corporate actions:

Dividend payment is one of the most popular voluntary corporate actions. Whenever a company makes a profit, some percentage goes to the company’s shareholders. So, along with returns shareholders get from holding shares, they also receive extra returns in the form of a dividend payout. Companies indulge in providing a dividend payout to their shareholders as a reward for their trust. However, not every company announces dividends.

Matured companies are more likely to provide stable dividends to their investors than early-stage companies. Therefore, before investing in a company, all investors look for its dividend yield, a metric which is a ratio of dividend per share to the market value per share.

Impact: Dividends have, generally, a positive impact on the share market. If a company declares dividends, then the value of shares increases. However, it may not happen every time.

The number of bonus shares varies and depends on how much bonus issue the company wants to give. For instance, if a company declares a bonus share issue of 1:1, you will get one free share. After that, however, you will only get an additional share, and there will be no change in the total value of shares you own.

Impact: With bonus issues, it becomes easier for retail investors to invest.

When the value for a single share of a company becomes excessively high for investors to invest, the company indulges in one of the most effective corporate actions called a stock split. Here, it divides its stock into multiple parts to gather the flow of investors. When a company declares a stock split, it makes investing easier for shareholders.

After a stock split, the market capitalization of stocks remains the same; however, the face value per share changes. So, for instance, if a company declares a stock split of 1:1, the number of shares you owe will get doubled.

Suppose you have 20 shares, each of INR 1. Then, after the stock split, you will still have INR 20. However, the number of shares will become 40, and the face of each share will now become INR 0.5.

Impact: A stock split makes investing affordable for investors. Further, it increases the price of shares as their demand increases. It also increases the liquidity of shares.

When a company has ample funds, apart from reinvesting or giving dividends, it also opts for another of its corporate actions: buying its shares. The buyback of shares is a corporate action where a company buys its shares from existing shareholders at a higher price.

By doing so, companies leave a positive mark on the investors, who believe that the company is growing. Some companies buy their shares because they think they don’t have genuine value in the market.

There are two ways companies buy back shares – tender off and open market. With tender off, companies place bids higher than the current value of the stocks. In contrast, in an open market buyback, companies buy their shares directly from the market with the help of brokers.

Impact: The buyback of shares indicates that the company has a bright future. It leads to an increase in the demand for shares and, ultimately, their price. It also prevents other companies from taking over.

The rights issue is the opposite of the buyback of shares. Instead of buying shares from existing investors, companies encourage investors to acquire additional shares at a discounted price.

As a shareholder, you can subscribe to those shares or ignore them. Buying shares like this is a risky move. Investors need to be careful before investing in companies that offer such shares at discounts because many companies do this to get rid of their debts.

6. Mergers and Acquisitions between two or more companies

A merger happens when companies join together to make a new entity. In contrast, an acquisition occurs when one company takes control over another entity. Mergers and acquisitions have been a part of the corporate world for a long time. The goal is to create a powerful company that can compete better in the marketplace.

An amalgamation happens when two or more companies combine to make a single entity. The new entity is totally from the base companies. It helps in increasing cash resources and eliminating competition.

The primary purpose of amalgamation is to increase economies of scale and shareholder value. It can also increase competitiveness and reduce taxes. When companies get amalgamated, it is the job of the new company to declare shares to shareholders of the transferor company.

Amalgamation can also be risky as it can lead to the formation of monotonous firms. It can also lead to unemployment and an increase in debts.

Impact: Because the volatility of the stock prices tends to increase trading volume, this increases the share market prices.

A merger occurs when two companies fuse to form a single legal entity. It is a voluntary corporate action, and the companies that decide to merge are equal in terms of customers, size, and the scale of operation.

As far as corporate actions are concerned, companies merge because it can reduce the cost of operations, grow revenue, and increase profits. Whatever profits the new business makes is distributed equally to the original shareholders. There are many types of mergers that depend on the objective of the organizations merged.

Impact: The share prices of the newly-formed combines increase after merging.

A demerger is a corporate action that takes a company and divides it into two or more entities. The primary purpose of demergers is to separate the core business from the peripheral companies, which can be done by distributing shares in the new company to shareholders.

Demergers help in increasing market capitalization and management accountability. They can be of different types. Spin-off and splits are the two major types of demergers.

Impact: The price may increase or decrease, depending on the type of demerger.

An open offer is a type of corporate action where the company offers to buy back its own shares at a price higher than the current market price. It is also called an “offer for sale”.

Companies generally give open offers to improve their stock prices. They can be used as a way of increasing market share or as a way of reducing the number of shares in circulation.

Many companies give open offers to maintain their share prices and prevent them from going down due to lower demand. For example, suppose a company has 100 shares and 1,000 people want to buy it, but only 500 people want to sell it. In that case, the company will give an open offer for 50 more shares in order to increase demand and keep its share price from going down.

Impact: An open offer indicates that the stocks of a company are overvalued. Investors consider them as a harbinger of negative news, which causes stock dilution.

As an investor, you must be aware of voluntary and mandatory corporate actions because they impact the stock market directly. They are indicators that help you make informed decisions in the stock market. The top corporate actions are dividends, stock splits, bonus issues, rights issues, and mergers and acquisitions. If you want to avail of any corporate action, you should look for their criteria beforehand. For instance, companies release dividends a few times, and if you’re going to avail it, you have to invest in their shares before a certain date, known as the record date.

13 Stock Market Events That Every Investor Must Know 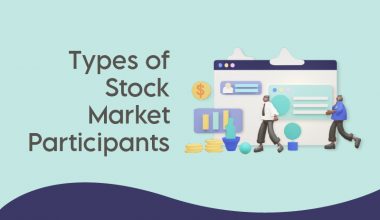 Read More
SStock Markets Basics
There are two parties of all stock market participants: buying and selling entities. The buying entity has a… 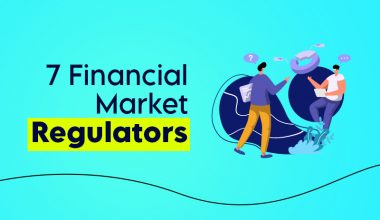 Read More
SStock Markets Basics
Financial market regulators in India ensure the smooth facilitation of all your transactions in the Indian stock market.… 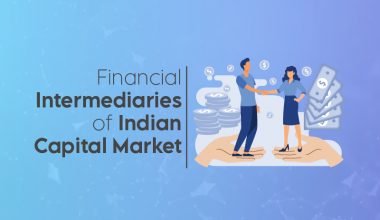 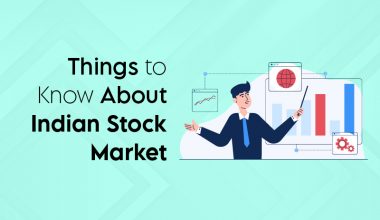 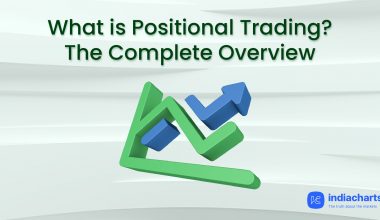 Read More
SStock Markets Basics
Positional trading is the long-term trend-following approach where traders hold onto their positions for more than a day,… 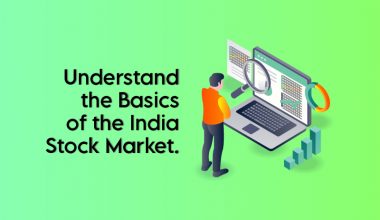 Read More
SStock Markets Basics
Do you wish to try your luck in the share market? “We think you should not. Instead, save…