The moving average is one of the oldest and most basic indicators that is used in identifying price action. Earlier the common moving average was used. It was named simple moving average or SMA. Represented by a line, it connects the average data points of historical prices. The slope of the line shows us the price change patterns visually.

But later, it was found that with the help of SMA, we didn’t get an accurate price projection. To give more weightage to recent data points, the EMA evolved.

EMA gives us an idea of the present trend. Different uses of EMA are discussed in this article. We will get to know when and how EMA lines can be used to find trading ideas.

The exponential moving average gives us an idea of support and resistance. When the EMA is used with other indicators, the signals become more accurate and powerful.

What is the Exponential Moving Average (EMA)?

The exponential moving average or EMA is the moving average of over a specific time period which is calculated by giving more weight to the most recent price data, making the price average react faster to price changes.

There’s a minimum lag factor involved in it due to the application of more weight on a most recent price data point.

All kinds of moving averages are calculated using the historical price data points. Therefore, there is a tendency of lagging found with the moving average lines.

The introduction of EMA solved this problem a little. By giving more weight to recent data points, the amount of lagging is found to be less in the case of EMA. But the lag is still there.

Due to the lag, the shorter period EMA line responds faster than that with a longer period. For example, a 10-day EMA line moves almost along with the price action and reacts faster than a 100-day EMA.

Shown above is the chart of Nifty 50 with an overlay of 1an 0-day EMA and 100-day EMA lines. We can see the 10-period EMA is clinging close to the price candles and responding faster to price changes.

We can conclude that the response is faster for EMA with shorter time periods. The longer EMA is affected by large price changes.

How is Exponential Moving Average Calculated?

Primarily, the exponential moving average was calculated by applying a percentage of the current day’s closing price to the moving average of the previous day. It was done because EMA gives more weight to current market prices.

The above calculation is done for the calculation of EMA for the first time when no earlier EMA data is available.

In those cases, for calculations of EMA for the first time, we use the simple moving average (SMA) of previous n periods.

But for other cases, previous EMA means the EMA of the previous trading day.

From this formula, it is evident that the most recent prices are given more weightage than older ones. Hence, the shorter period EMA line clings more to the price than the older ones.

The weighting multiplier in EMA

What are the EMA values traders should use?

Traders use EMA for different trading purposes. For this reason, they use EMAs of different periodicities. A 5 to 21-period EMA-perioded for short-term references. For longer-term EMAs, the use of 50, 100, and 200 periods EMAs are more common and favored by traders.

Typically, 12 and 26-period EMAs are used for the short term. We can see period customization options in charts showing EMA. It is because there is no ideal fit time period for all stocks.

What is the difference between EMA and SMA?

The result of exponential the moving average is slightly different. For a 10-period EMA, 18% weight is given to the most recent price points making the EMA very close to the nearest price averages.

But the EMA needs more historical data to calculate the EMA. If the earlier data is not available, the output line may not be very accurate.

We have already found that the EMA is more accurate than SMA. Here we are going to find how accurate these two are through an example of spreadsheet data.

The EMA can be calculated on any periodicity, any time frame. Many traders follow the daily EMA for trading purposes. Intraday traders also follow the EMA line on 15-minute charts.

Shown below is a 20-period exponential moving average line (the blue line). We see how the EMA line responds to price actions. EMA line follows the price everywhere but leaves out small bounces from the line.

The small price fluctuations are called Whipsaws. To prevent the whipsaws from misleading the traders, the smoothing constant has been applied to the EMA formula. This is also otherwise known as the weighting factor.

But, despite the presence of a smoothing constant, the exponential moving average EMA line must follow the price curve as accurately and as closely as possible.

How to trade with Exponential Moving Average (EMA)?

The EMA line can be used in trading. We will see how it is done in the charts.

Similar to double crossover, a price crossover can also be used to generate trading signals. When the price comes up from below and crosses the EMA line, a buy signal is generated. MACD can be used to confirm the trade. In the chart below we see how it is done. For a sell signal, the price has to come below the EMA line.

One trading strategy uses several time periods. All these EMA lines together look like a ribbon. They are called moving average ribbons or EMA ribbons. If the ribbons run parallel to price, that indicates a strong trend.

A bearish crossover occurs when the crossover signals a downtrend. It creates a bearish trading signal.

Similarly, the EMA line also acts as a resistance line in a downtrend. Price comes down whenever there is an attempt to breach the line.

EMA has been effectively used to create another indicator known as Kauffman’s Adaptive Moving Average or KAMA.

Multiple EMAs have been used to create this indicator. Six short-term and six long term indicators have been used in GMMA. It looks like ribbons. The GMMA is used to identify the potential breakout of a stock.

It is a double exponential moving average. Two EMAs are used together to identify trading signals. We use it to identify bullish and bearish crossovers.

It is a Triple exponential moving average. Three EMAs are used together to identify trading signals. Similar to DEMA, we use it to identify bullish and bearish crossovers.

We use the closing price to calculate EMA. In addition to that EMAs are effectively used on open, high or low data points of price. Also, EMA is applied to different types of base data and indicators. The common use is using the EMA line on volume as an overlay or using on RSI and other indicators.

The EMA has some inherent disadvantages.

Here are some alternatives to EMA: Important technical indicators

Moving averages are trend-following indicators. Hence, they are effective, especially EMAs in a trending market and ensure that the trader follows the trend. Traders know that trend is always a trader’s friend. Therefore, traders prefer to use them in a trending market.

But during a trading market, when the price oscillates within a limit, EMAs are prone to create whipsaws. Hence, it is best to avoid EMAs for trading in trading markets.

It is best to use EMA with other indicators to create efficient trading strategies.

12 Volatility Indicators You Must Know to Trade Effectively

Money Flow Index (MFI): How to Use This Volume-Based Indicator? 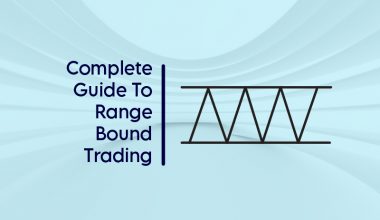 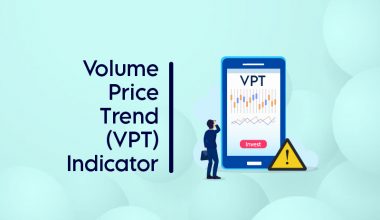 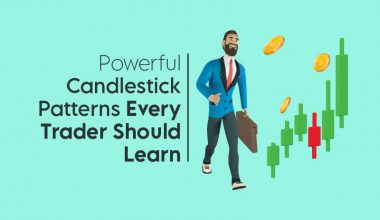 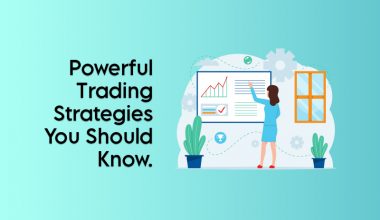 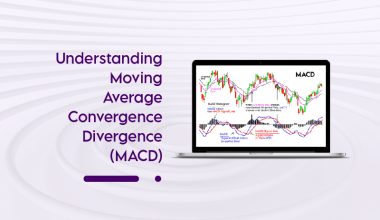 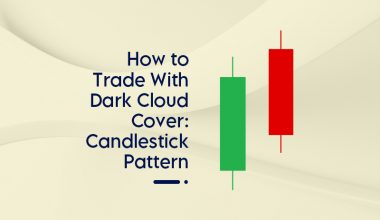