A Megaphone in US Indices

Has the Dow Jones Industrials average formed an expanding triangle? AKA - Jaws of Death - AKA - Megaphone pattern? Both yes and No.

The first time the above terminology was used it was to describe the bigger picture in the DJIA from the year 2000 to 2016, I tried it too and we know how that went. Trumps' elections and following tax cuts extended that wave E into an impulse wave bull market. Now 2000-2009 is best marked as an expanded flat in a larger degree 4th wave [blue markings] and the rally from there as the 5th wave at Supercycle degree. 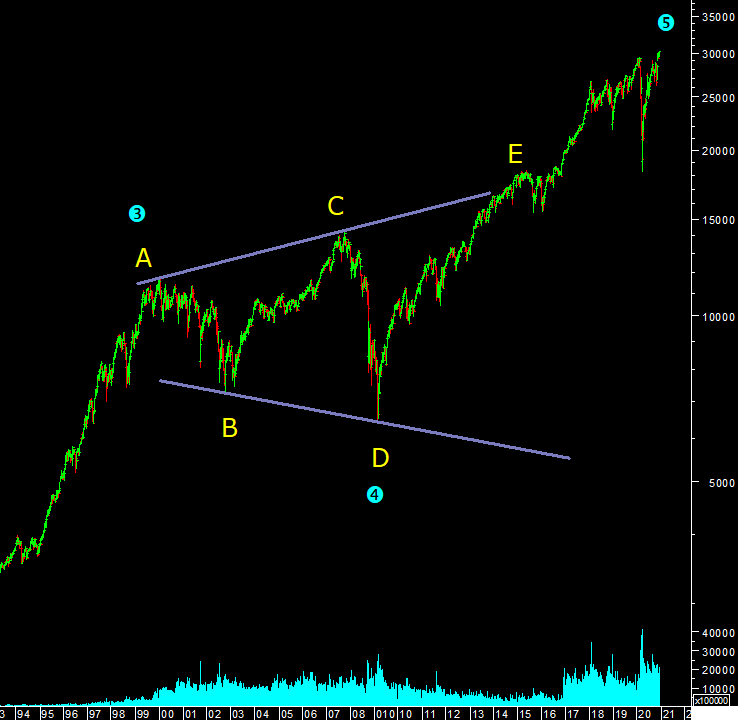 With that let us bring our focus to the current phase of the market, the volatile pattern seen from 2018 to date. Initially, 2018-2020 looked like an expanding triangle and if it was a topping pattern the 2020 crash should not have been followed by a new high in the market. That forces us to redraw the expanding pattern to include the new information. This week however on the weekly chart below ew close above the top line of the expanding pattern. Now we can go on marking this rise as a throw over in an a-b-c of E but even than a parallel line for C of E means we have a long way up to go maybe. The S&P weekly chart below projects the channel to 4500. 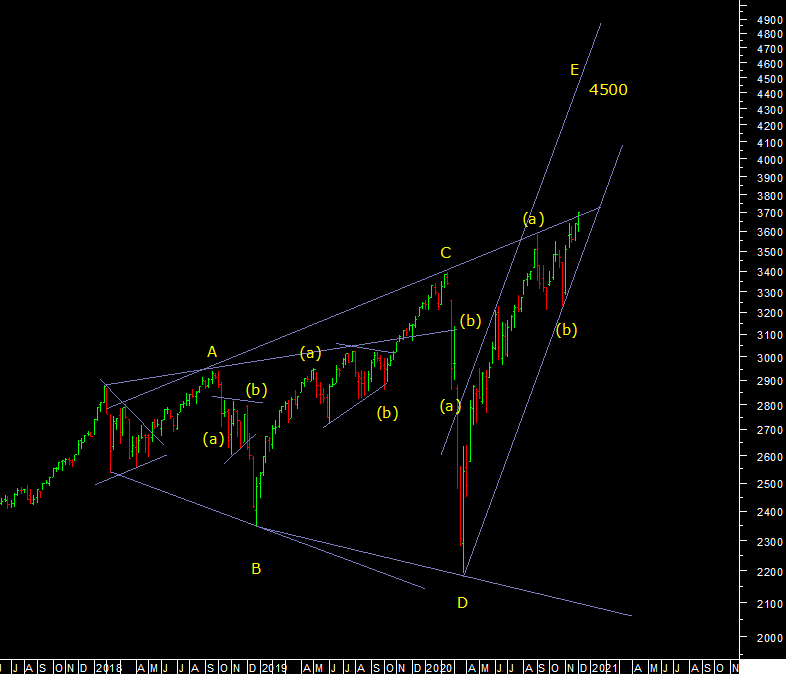 The better option however given the news events that have surrounded this pattern may be to mark the expanding triangle in the bottom in 2020 as wave 4 and mark the advance in the markets we are seeing now as wave 5. In that, we are in 3 of 5 and when 5 of 5 is over you can try calling the end of the bubble. Bubbles have this nature of getting out of hand to a degree that no one can relate to it. Eventually, new ways to justify this trend will be found and it will all look reasonable. But the one tool that will blindly allow you to capture the entire bubble and profit from it is the Elliott wave structure itself if we get it right. Note the events that have surrounded this pattern, we went from trying to raise interest rates to put them back at zero, then following it up with Swap lines and unlimited QE on every Sneeze and direct intervention in the Repo market. Whether we get CPI inflation or not we are going on with Asset Price inflation till corporate debt becomes public debt and a new credit cycle can start again. What will prick this one? We will all know after 5 waves end, but often before it, stories will emerge if you are paying attention. The housing bubble in 2008 had technically popped in 2007 but everyone chose to ignore it, except....yeah a few hedge funds. Stay tuned. The Pandemic is the excuse for central banks around the world including India to go for negative real interest rates and that is liquidity infusion in its most green color. The impact on asset prices is direct. Welcome to Hyperbubble, deal with it. 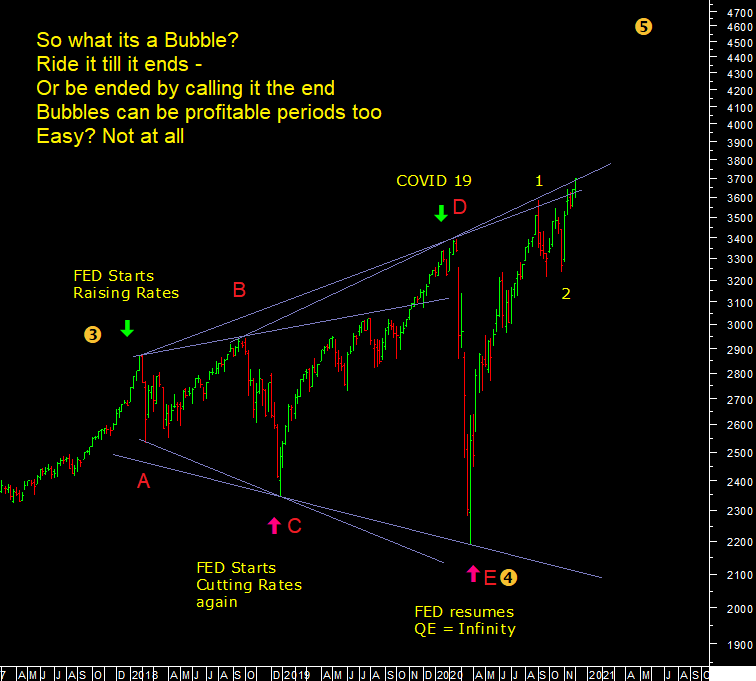