The DJ Euro Stoxx 50, formed a triangle and broke out on the upside. So it is now best to move to this interpretation for the index that the triangle was wave B and wave C up is forming. Target is near 3327 and could take weeks to form. The next correction therefore would be a wave 4 down in the coming weeks and then  one final push up in wave 5 before wave C completes a top. 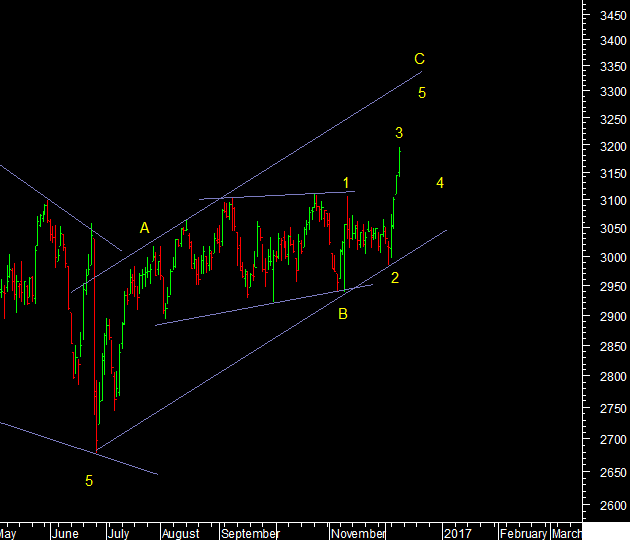 On the larger perspective I have to change the counts a little. I did consider at one point of time that the European stocks had a truncated 5th wave at the 2015 July high. From there it is 5 waves down in a leading diagonal. Note each index in Europe is different. some show the lowest reading in FEB and others in June. However those that bottomed in June are now in a wave C up that can go to near the July 2014 highs in a 50% retracement of the fall. 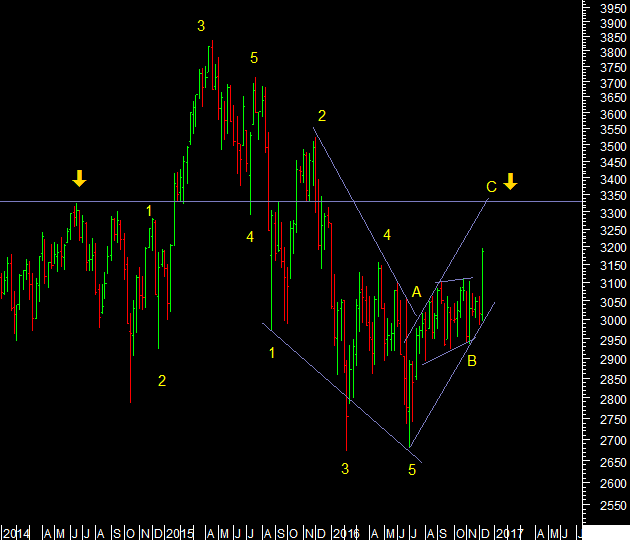