The Dow broke out of the first channel into a steeper one. Now within the second channel as prices hit the upper end they can go back to the lower end and if that holds another attempt at the upper end would be expected. But given that 5 waves appear complete on many US indices we should watch if the cluster of trendlines support holds, if broken it would mark a trend reversal. The daily chart had a reading of 88 on the RSI indicator at the recent top, the highest since 1955. High readings do not mark a major top, in fact most occur after a few divergences in the indicator. So that should mean that the Dow will now try to make an ending pattern or some price extentions on the upside before giving up. Major tops on high readings are rare but do exist. A 5 wave decline on the hourly charts might however be the clearest EW signal that a top is in place. What is clear is that we are in wave 5 and late stages of the rally. 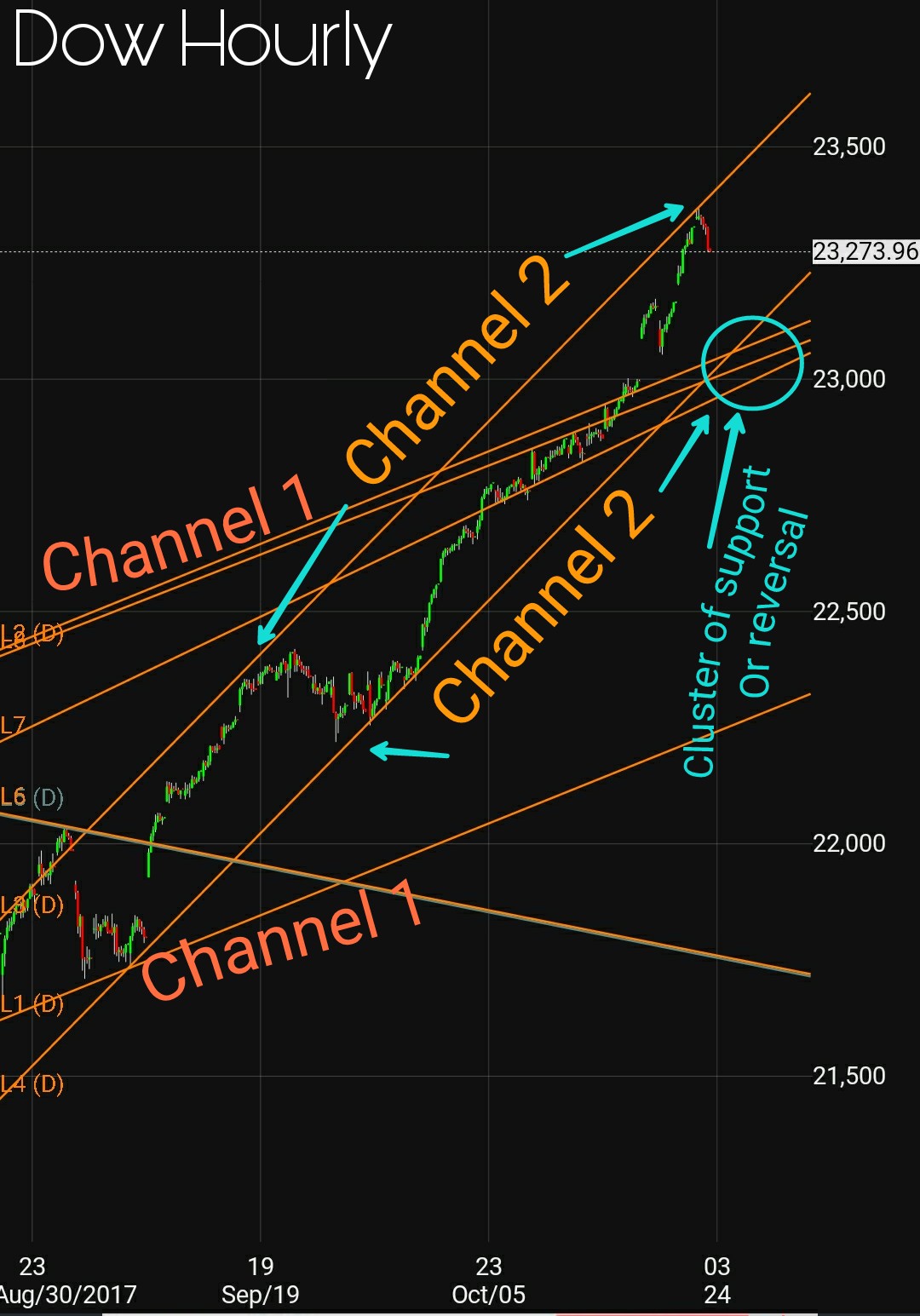