At this point in time, I am more inclined to mark the move higher in the Dow as a series of impulse waves that are still first and second waves because if I mark it as 1-2-3-4-5 then 5<3<1. While it is not impossible, the sentiment does not fit the end of a 5 wave move. The most recent decline so far has fallen in a declining channel and bottomed at the lower end this week. So holding these levels we should be looking at a new rally to new highs in 3 of 3 of 3. The Dow should attempt a breakout above 34800, the top end of the falling channel/flag. 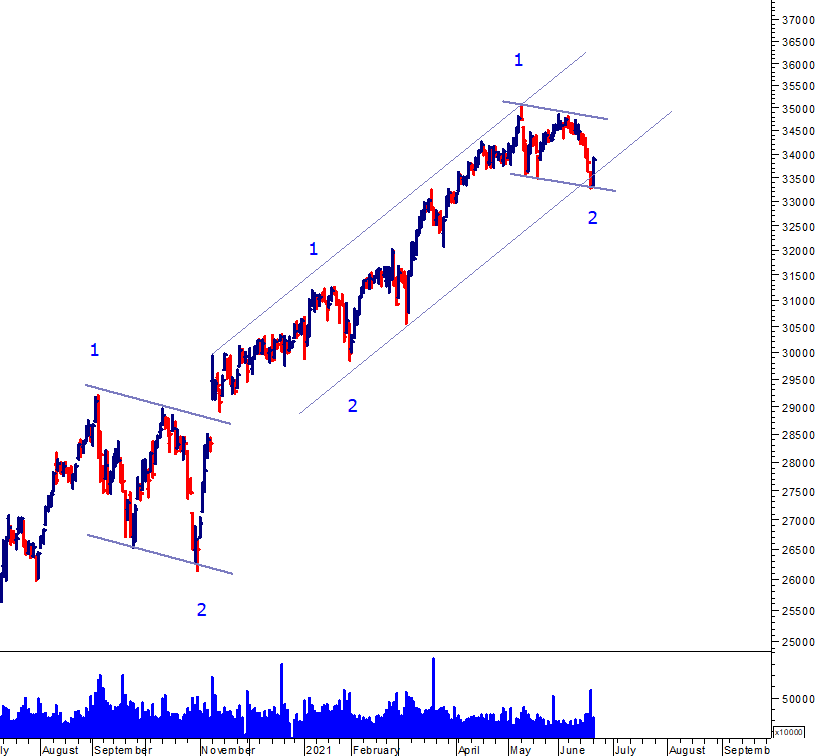