The entire decline in the US bank index is unusual. The fall involves 5>3>1 for a decline that is overlapping and wedge-like. The overlapping and wedge-like pattern for an impulse however is called a leading diagonal that occurs in wave 1/A of a trend. I have taken it as wave A. Wave B has already bounced in three waves so the minimum is done. Wave C can unfold from here itself. In the case of upside, the wave iv high and 38.2% retracement mark between 523-527 should be the max upside. But what is critical to know is that wave C when it unfolds is often both larger and faster than wave C. Thrice as fast [meaning it takes a third the time of wave A], and can go down as far as 2.618 times wave A. That is what I have seen most of the time. Yes there are smaller declines but wave C is almost always extended, so you can start with 1.618 times. After all wave C would be a five-wave decline and till then it is wave C unfolding. Now watch out for the first signs of that start of downward momentum, because if it plays out it will be brutal. 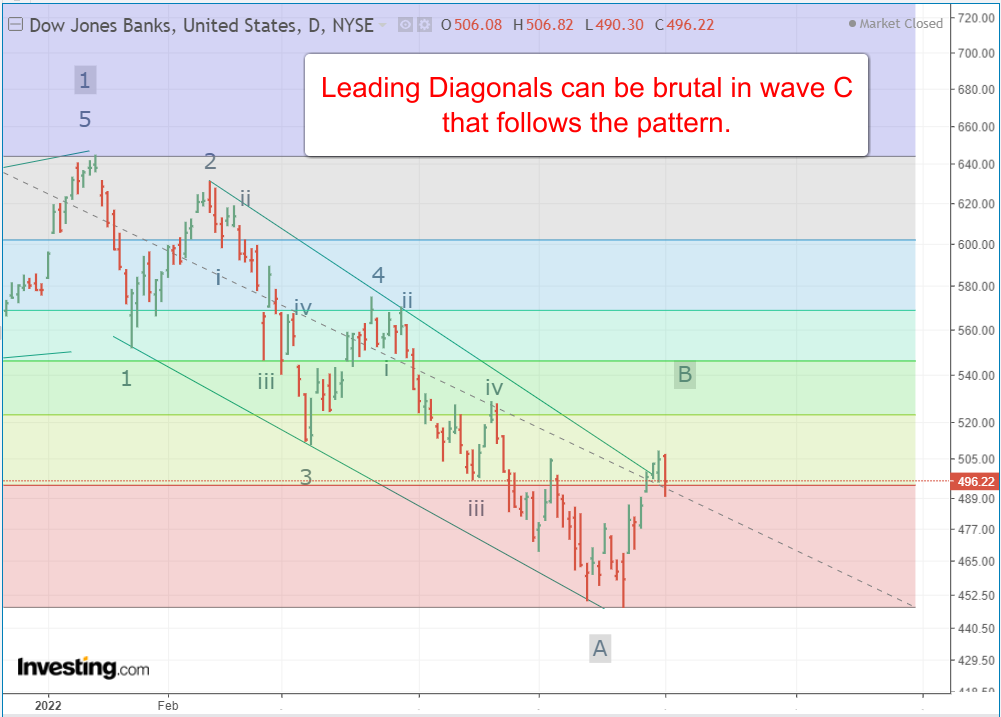