The European index of 50 stocks has been weaker than the big boys in Europe that made new records this year. The average has hit the falling trendline from the 2000 top again and again and sold off. So for the June quarter again prices closed down for the quarter and failed a breakout. Now either you take the 2008 high as the orthodox top [as I did earlier], or this where each lower high is an X wave. In either case another wave down exists, in this case the final leg down in wave Z of a multi year bear market id due. 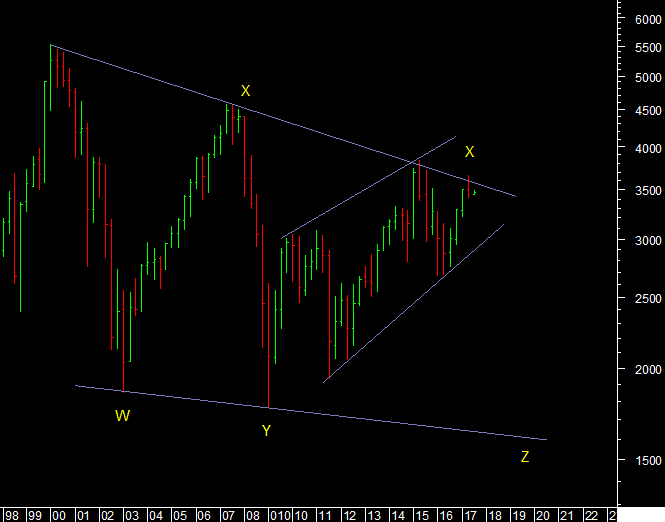