The Dow mostly completed a 5th wave for the 9 month rally. When a flag formed in July i anticipated the 5th wave but the top of the 5th was elusive as wave v of 5 did not show up as a clear impulse. But the sharp reaction so far makes it appear as something ended here. The weekly charts also now sport a negative divergence on most momentum indicators. So the preferred view should be that the US completed a 5th, but if US makes one more run to a new high as a more complex triangular distribution develops then we should not be surprised. The second chart shows this 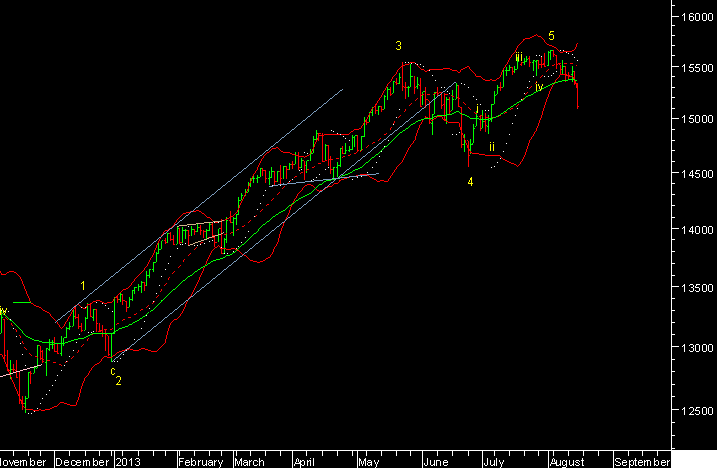 The reason I am considering this is the great disconnect that positive data is being considered bad news and that elliott wise the recent rally has a missing 5th. Also We did mark the May high as the end of 5th wave two months back and after that each move up and down is 3-3-3. This usually happens in triangles. So if the US is forming a larger wedge as shown below, after this correction it might make one more run to a new high. 15750 is where wave E would end in this case. 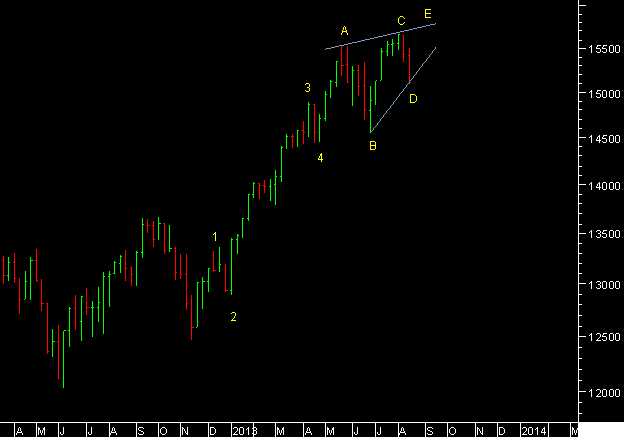