The Dow has made many wild swings in the last two months, negative devergences were not followed by a larger trend reversal but all the moves since Jan 2014 have been corrective [a series of 3 waves up and down. So the next best alternative is that the Dow forms a wedge and wave E of the wedge is currently in formation with the upper line target at 16650. At the lower end a break below 16170 would break the channel lines and be a confirmation of trend reversal. 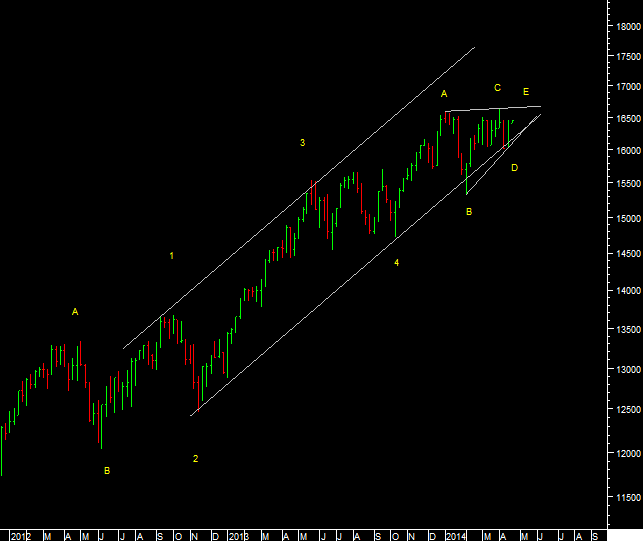