The Dow closed marginally down yesterday but the Transports was a big loser. The chart below of the Dow shows that its still below the March high and could be completing wave ii. The wave count of ii could be a double zig-zag. The ADR index in the upper half is also close to completing a a-b-c rise after which wave iii down might unfold. 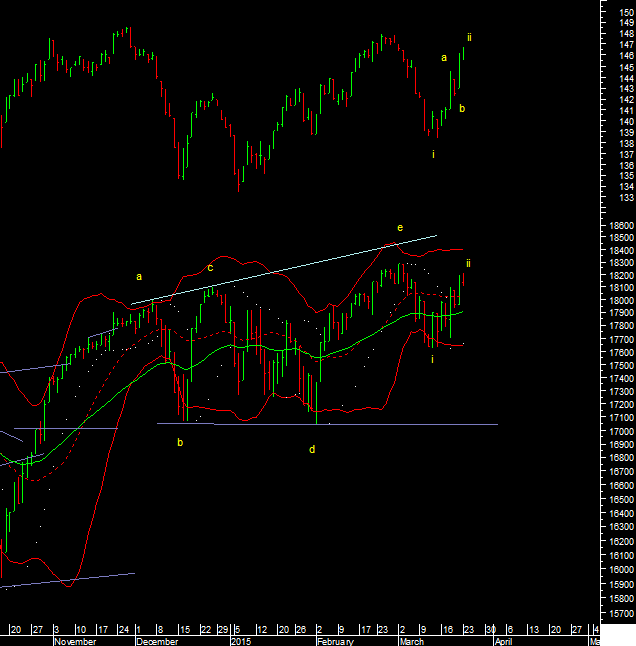 The Dow Transports broke both the averages and has made a contracting triangle v/s the Dow's expanding triangle, the lower highs leads to a inter market divergence. What was missing was the momentum did not cross over to the sell side yet but one more day and it might. Wave ii here may be complete and iii down already started. 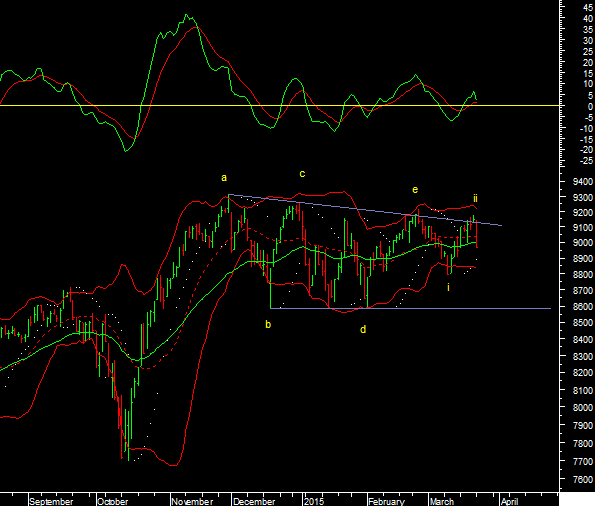