While not my view Dow is close to 66% retracement at 25500, if that level is crossed it would be worth thinking about that the recent rally is wave 5 for the Dow and the triangle was wave 4 and not wave B. The reason this is not our view is that the fall from the 26/Jan top was 5 waves down clearly and unless proven wrong everything after that is mostly a counter trend bounce, a distribution before the next wave down starts. Sentiment is now at 85% bullish based on the DSI, 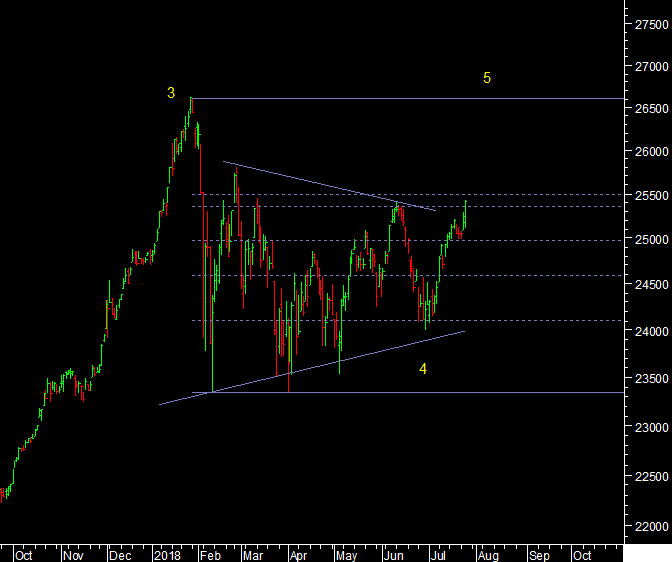 The second reason to not jump the gun on this is the weekly chart. While on the one hand prices are holding above the 40 week average in green. The Bollinger Band has contracted to a lower level with the upper Band at 25524. The upper Band can act as a key resistance level.