The Dow Transports did fall a little beyond the point where C=A but they are still almost equal. Note the rising channel from the 2009 low, broken on the upside and now downside. 2011 retraced the previous move by 50%, the recent decline is just over 50% retracement of the 2011-2014 move. Since the recent decline has a triangle in wave B I have marked it so far as 3 waves down and not 1-2-3, Looking for more evidence to think otherwise, but this set up should mean a bottom for the medium term. 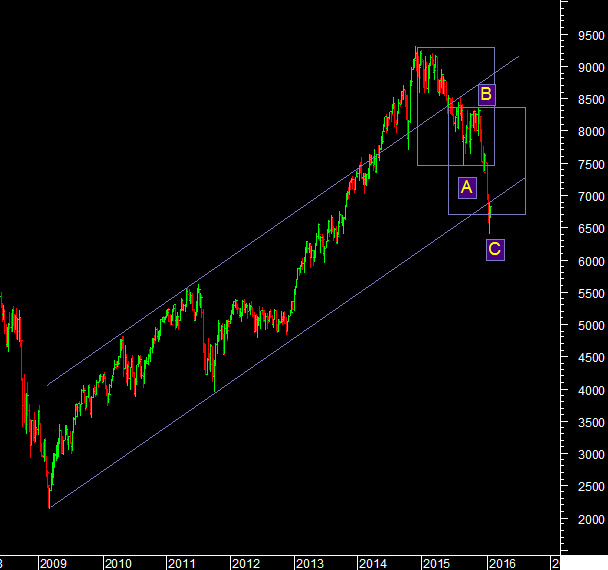 As seen in the next chart of the weekly RSI for the Transports readings near 30 as seen now have meant so in the past. 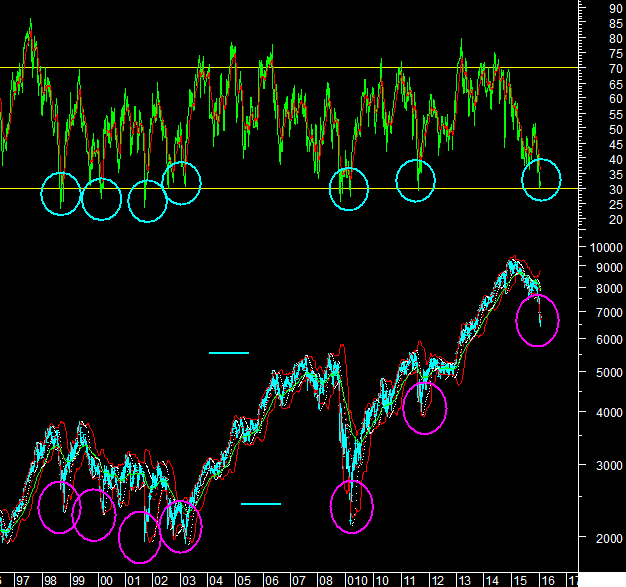