The S&P and Nasdaq both made All time highs today. The NASDAQ composite from 2010 has been rising inside a channel. The most recent rally during this year's ended up being a series of impulse waves marked as 1-2-1-2. This marks the start of the fifth and final wave a move that in the long term is often a blow of move that does not necessarily end at the top end of the channel can develop into a throw over .the size of these initial waves also point to move that can be larger in structure allowing for such an event the top end of the channel is at around 10,100 as an initial permit for the NASDAQ composite 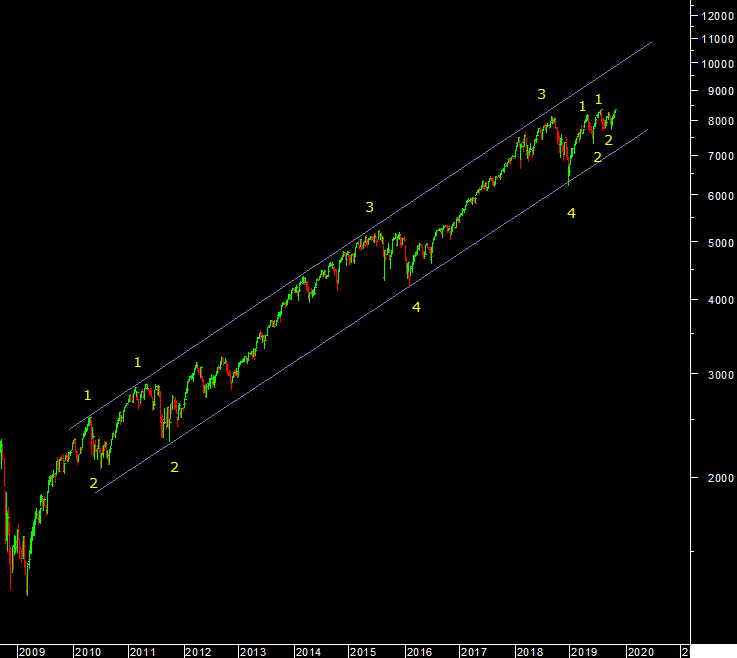