As wave 3 ended in June I did thing wave 5 was done in July then considered a expanding triangle. But the4 triangle is mostly a wave 4 running triangle. I have seen this pattern precede final blow off 5th wave rallies. However 5th wave rallies that follow the running triangle while one sided up often do not achieve all targets and end abruptly in a complete reversal. So over projecting the upside can also be an error. I did that with the Sensex in 2007, pointint to 25000 when it stopped at 21000 much earlier. So it is with 5th waves the can truncte. Which is why I stay alert to early reversals. The lower channel line at 6475 once broken would confirm a long term trend reversal. On the other hand the trendline of the highs is attempting to be the magnet on the upside. 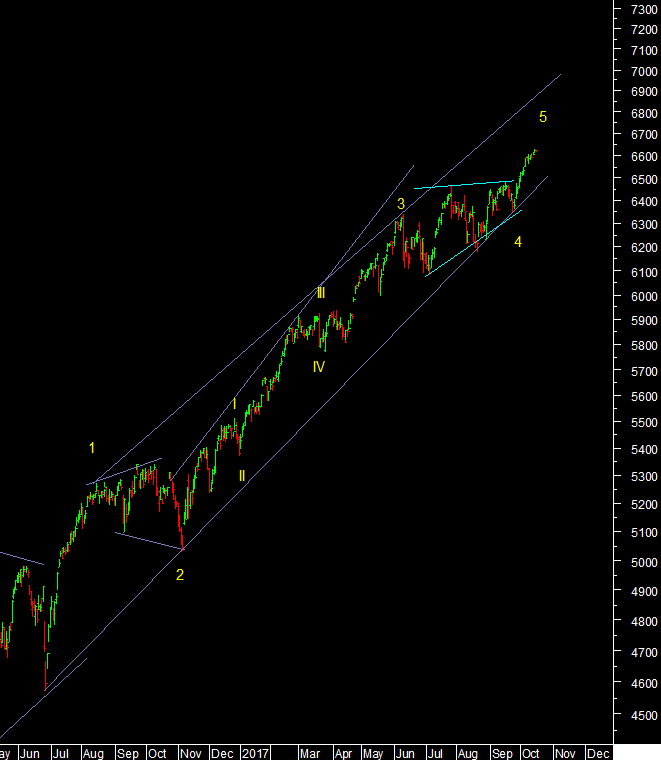