Last week I anticipated a wave 2 bounce back in the Dow which has taken place. However till we can confirm a downtrend the index that was the strongest was the Nasdaq and even as it stopped just near the previous high, It can be as an impulse and wave 5 up might be in formation. That can go on for a few more days. So a reversal in this index is needed along with the others for a major top in US markets. The upper end of the channel is closer to 4600

Technicals: Note the rule of alternation where wave 2 is a triangle and wave 4 is a flat, both different in form. Triangles in wave 2 are rare and while the guideline is triangles don't usually occur in wave 2 its not a rule. For that reason when it formed the expectation is first for a final advance till more evidence shows up. 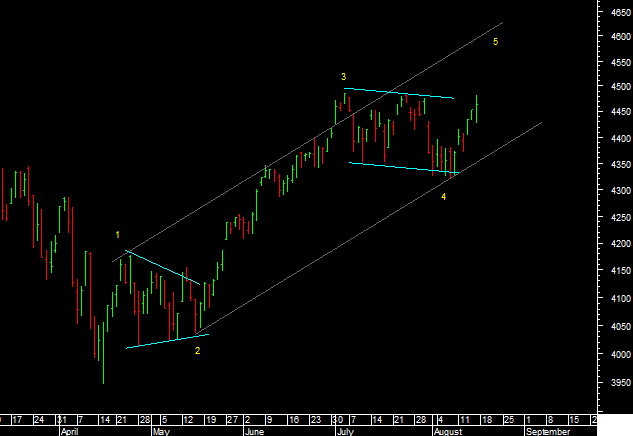