Revisiting the NASDAQ long term trend from the 2009 lows. The entire advance should end in 5 waves. Using channels we are able to say that the entire structure from 2010 onward has perfect touch points, including the 2011 2016 and 2018 market reactions. It now appears that we should be in the 5th wave. The most recent advance from the lower end of the channel is very similar to that from 2011 to 2012 where the market rallied from the lower end and formed a consolidation that absorbed most of the negativity after which prices continue to rise higher. In long-term move the 5th wave often reaches the top end of the channel but does not always go above it.

I have seen throw over as in bubbles in individual stocks during the tech boom but in the key and ISIS like the Sensex we have not seen the 5th wave throw over the top line but come very close to it. Moving from the monthly chart of the daily chart we can see the recent 5 wave advance from September progressing towards the top line near 10,000. Here wave III is shorter than wave I. This means that the 5th wave could be still shorter unless the 3rd itself is extending. The entire price action is well inside the channel that did not break in the recent volatility. This means that one more further advance to new highs in US and ISIS might be due before a larger trend reversal. This would be reviewed only if the channel breaks. 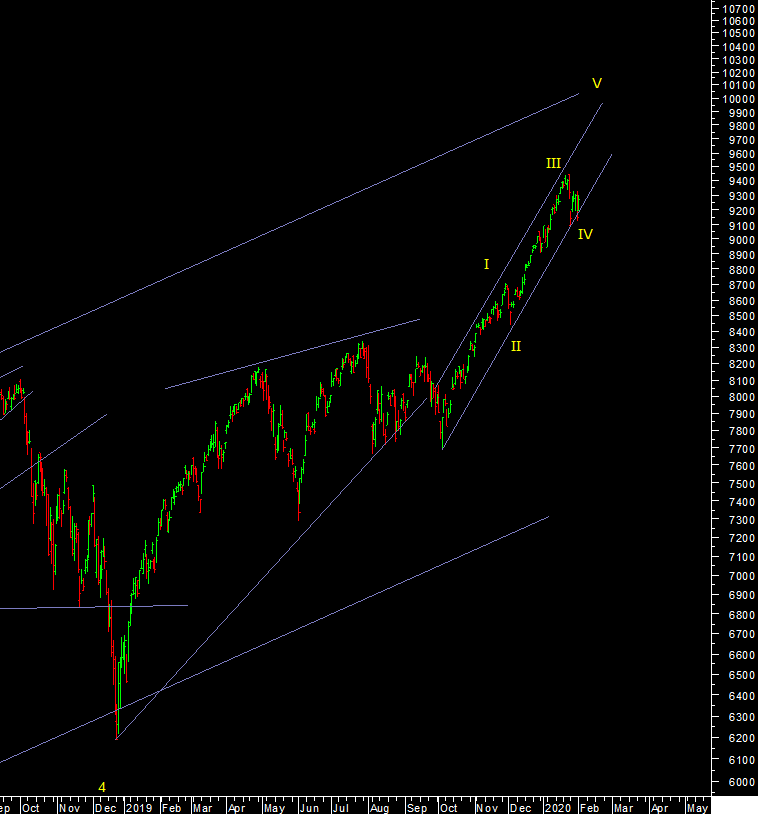