At the end of the 3rd wave on this chart I actively covered this index because it had a perfect ending diagonal there and that pattern allowed me to call that top. This index is a composite of almost 2000 stocks and so very broad based. It captured the 2015 decline which was much steeper than appeared in the S&P. So I am covering it after a long time. Wave 5 touched the upper end of the parallel channel and sold off. There is in fact a small throw over as prices attempted to go above the upper line but failed to hold. This is an arithmetic scale, chosen just because of best fitting channels. 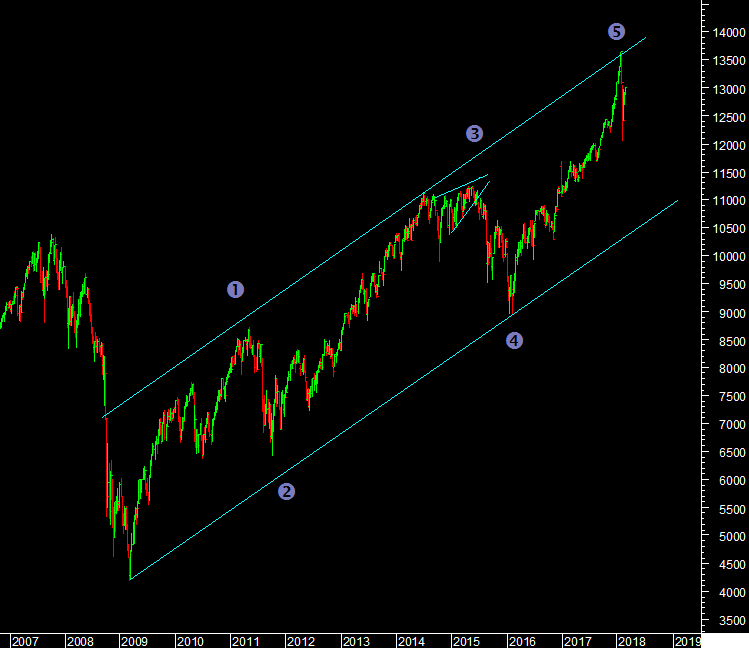 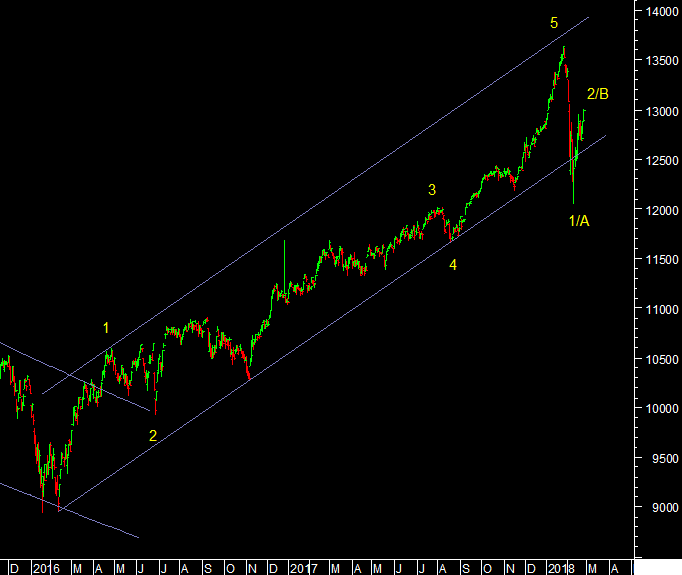