Singapore broke down in wave C to new lows this week. Doing so it is now heading to where C=A at 2920 on the EW model. The wave B pullback was a kiss to the broken rising trendline from the 2016 lows. We are now in wave 3 of C and wave C completes in 5 waves. With this the rest of Asi is also caving in to a third wave decline. And india usually plays catch up in wave 3/C down if it does not top out along with the EM space. It did so in 2015 as well topping only when the ADR index did wave 2 up. So just because India was standing its own in the Wave A of the EM crash you would be dreaming thinking that it can repeat that in wave C down. 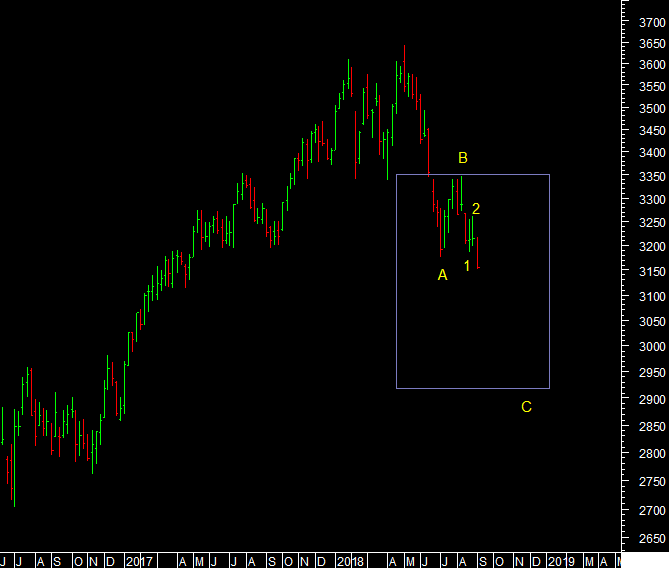