Last year I published this chart of the S&P on an Arithmetic scale. The channel appeared good for wave 5 and 5=1 was achieved at the blue line. Then we got a powerful throwover. A throwover is a price move above the channel that is a last and final blow off by bulls in the bubble stage. Most probably that is done and prices have given back, and the S&P is sitting on top of the channel as support. The final confirmation will be when the S&P falls back inside the channel. That would start a move back to the lower end of the channel and lower. The break would also confirm that a 5 wave advance is complete and we are going back to wave 4 of lower degree, the starting point of the 5th wave, the 2016 low. 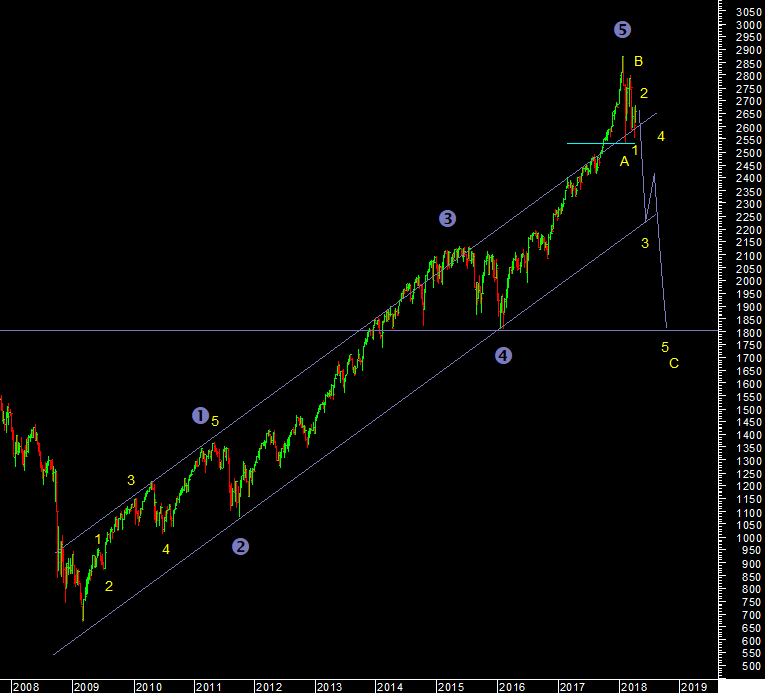