S&P - The rally on an airthmetic scale has reached 1.236 times wave A, and the parallel channel line, the point at which typically wave B tops. So if the US is in a bear rally this is a level to watch. Recent sentiment data shows 90% bulls on the Daily sentiment index and only 15% bearish Advisors published in the EWT. 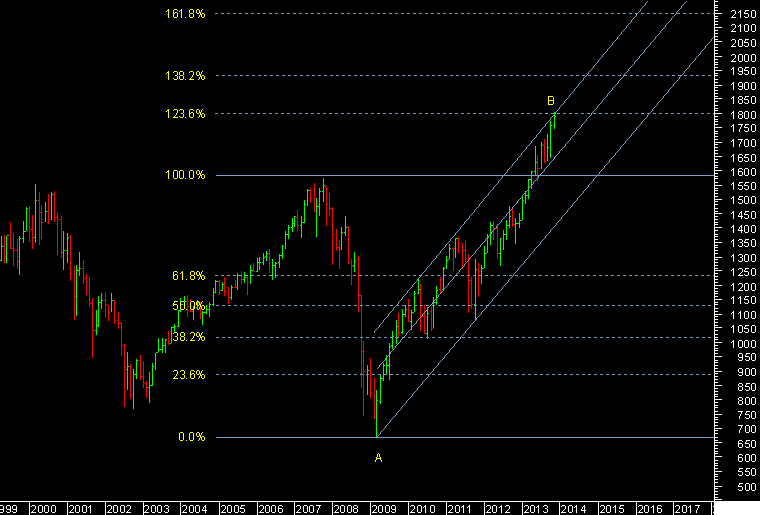 The second chart of S&P shows the wedge in development. Its possible to mark the pattern as a wave 4 running triangle followed by wave 5 too. But as a wedge wave E is to be shorter than C even if its a throw over and that E<C up to 1825, so both wave counts are open, with preference for E, the RSI has negative divergences on the daily chart that are warning of a near term top as well. 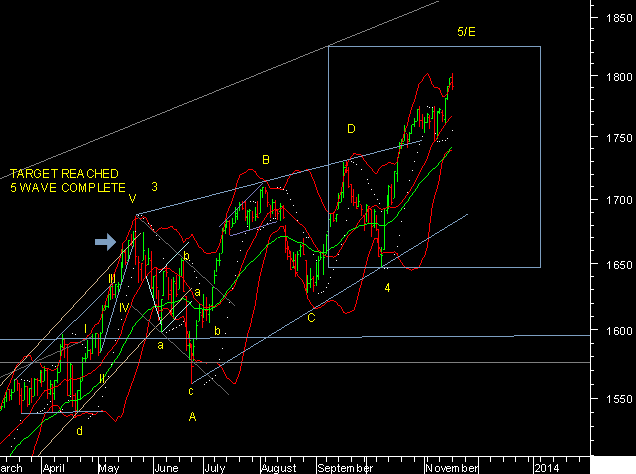