Someone asked me yesterday in the comments about the S&P and all I published was the sentiment chart of COT positions. Because till an a-b-c correction was complete and we closed positive there was no point in calling a spade a spade. Now the fall in the S&P 500 is minor wave ii and complete at yesterday's low unless it breaks. The 20dma did not break so wave iii of 3 up can start from here. Wave iii should go to 4084 where iii will be equal to wave i. This wave count is different from the Nasdaq where I am marking the fall as wave 2 as it is deeper and when the S&P did wave 2 the Nasdaq was extending on its 20dma. So there is a variation at the moment between the two. A a larger degree 3=1 is at 4424 where we should go over several months. 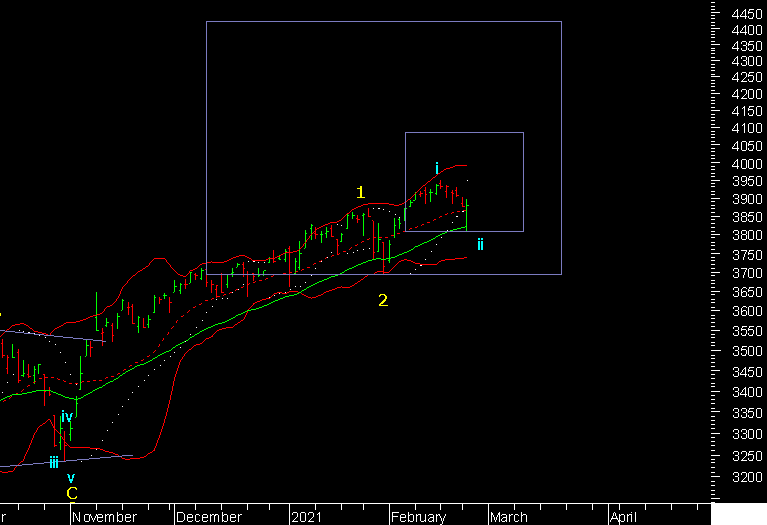